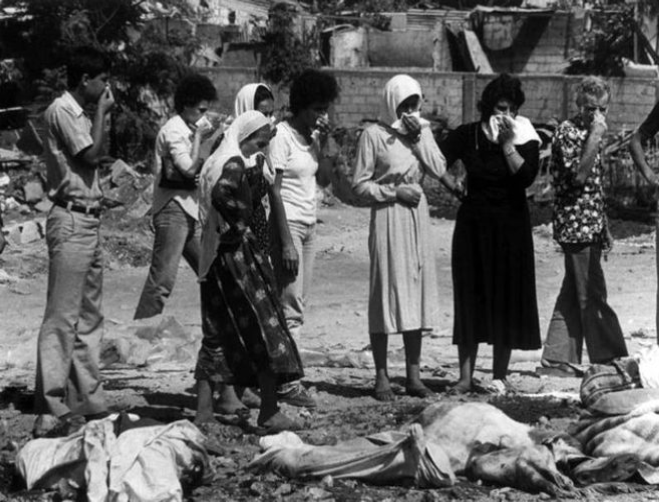 The Palmach, an arm of the Haganah, attacked the town while the residents were asleep, firing from the slopes of Mount Carmel, in retaliation for the killing of 39 Jews during the Haifa Oil Refinery massacre the day before, 30 December 1947, which itself was triggered by the attack of the Zionist paramilitary group, the Irgun, who threw a number of grenades at a crowd of 100 Arab day laborers who had gathered outside the main gate of the British-owned Haifa Oil refinery looking for work, resulting in 6 deaths and 42 wounded.

The Jewish agency condemned the Irgun for the “act of madness” that preceded the killing of Jewish workers at the Haifa oil refinery but at the same time authorized the raid on Balad al-Shaykh.