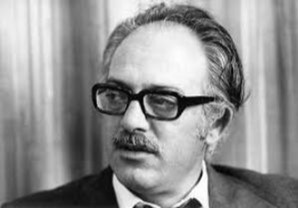 Fahad Al Qawasmi was born in Hebron on 13 April 1934. He was educated in Cairo, joined the Faculty of Agriculture at the University of Cairo. He graduated with a BA and an MA. Then he went back to Palestine and became a school teacher at UNRWA in Jerusalem and Ramallah. He also worked as agricultural engineer in the West Bank for long time.

Later on, he was elected mayor of Hebron in 1976. He called on the Palestinian population to boycott the settlers in Hebron in the 1979-80.

Fahd Al-Qawasmi was one of the founders of the National Guidance Committee, which did everything in its power for the Palestinian cause in cooperation with leaders, activists, heads of municipalities, popular institutions and clerics.

After his election as mayor of Hebron, Fahd Al-Qawasmi worked very hard and sincerely for the development of the city of Hebron, as he wandered around its streets to see the projects that had been implemented, and worked on establishing economic and development projects in Hebron, where during his reign the city witnessed a great urban and service boom.

The Deportation: Fahd al-Qawasmi was arrested from his home at twelve o’clock at night and taken to the headquarters of the Israeli Military Governance, accompanied by Muhammad Melhem, mayor of Halhoul municipality and Sheikh Rajab Bayoud al-Tamimi, then they were transported by military plane to southern Lebanon and from there to the village of Adaisse, where it is on the morning of the second Friday of May in  1980, Fahd Al-Qawasmi, was deported abroad, as a result of the al-Daboya operation that took place on that day, when the then Israeli Defense Minister Ezra Weizman issued a decision of deportation from the country.

After the deportation, he accompanied Abu Ammar on many visits to Arab and friendly countries.

Throughout the period of deportation, Abu Khaled kept wandering to explain the Palestinian issue to the whole world, as he became a roving ambassador after he recruited himself and harnessed all his energies for this purpose. He held several seminars and participated in many international conferences held to discuss the Palestinian issue. \During the meeting of the Palestinian National Council in its seventeenth session in Amman on 11/22/1984, he was elected as a member of the Executive Committee. P L O, at the end of the conference, which lasted until 11/29/1984 and was assigned the responsibility of presiding over the affairs of the occupied homeland.

He was appointed as independent PLO Exec. Committee member in 1984 and Director of OPT Affairs at the PLO.
His Death: He was assassinated in Amman on 29 Dec. 1984 .