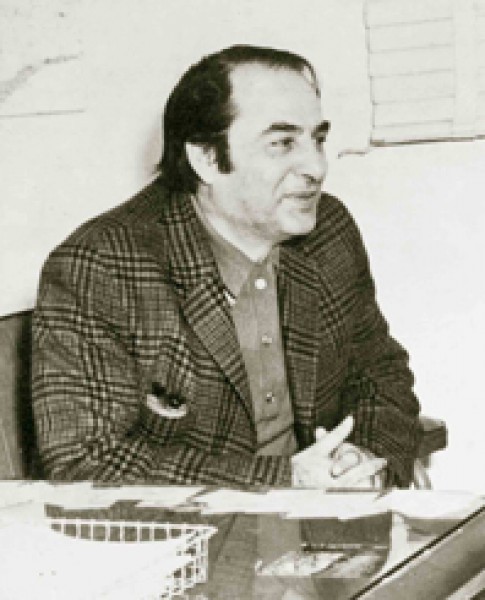 The fighter and poet Kamal Butros Ibrahim Yaqoub Nasser was born in Gaza City in 1924, and he was raised in the town of Birzeit, north of Ramallah, and studied in Jerusalem, and completed his higher studies at the American University in Beirut in 1945 and graduated with a BA in political science.

He participated, with a number of his comrades, in establishing a branch of the Arab Socialist Ba’ath Party in Palestine in 1952, and published the daily newspaper “Al-Baath” in Ramallah.

Kamal Nasser was elected a member of the Executive Committee of the Palestine Liberation Organization in 1969. Where he established the guidance department within the framework of the organization, and was an official spokesman on its behalf.

Salah Khalaf Abu Iyad called it the “conscience” of the Palestinian revolution, due to its credibility and high moral characteristics. In 1972, the Palestinian National Council adopted a decision to establish a unified Palestinian media institution, and Kamal Nasser was assigned the task of supervising the new structure called “Unified Media” and headed the editor of the organization’s magazine “Palestine Al-Thawra”, which began its publication at the time from the Lebanese capital Beirut, and continued to be editor-in-chief. Until the date of his martyrdom.

Kamal Nasser and the two Palestinian leaders Kamal Adwan and Muhammad Yusef Al-Najjar were killed in an assassination operation carried out by the Israeli intelligence service “Mossad” in Verdun Street in the Lebanese capital Beirut on 10/4/1973.

amal Nasser wrote many political and contemplative articles, and wrote a short story, as well as a poetry collection entitled “Jarrah Singing” on the House of Tali’a in Beirut about 1960, while most of his views and positions were included in what he used to publish almost daily in newspapers and magazines, as well as From what was kept as manuscripts.