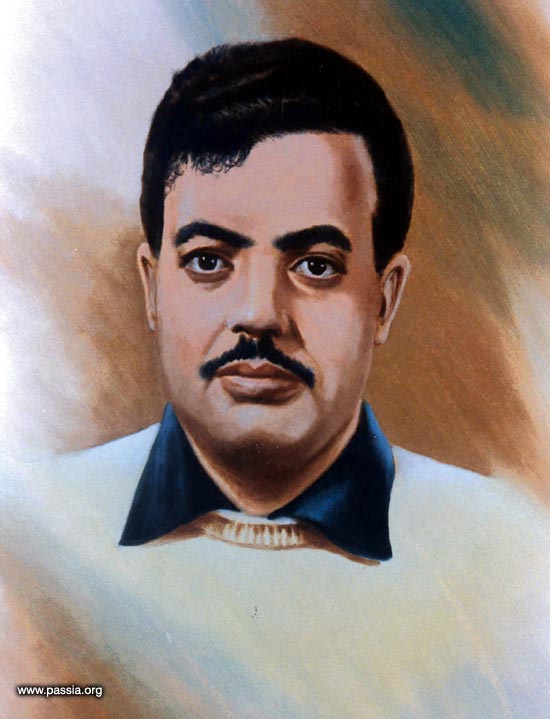 Nasser was born in Gaza in 1924 to a Palestinian Christian family. He was educated at Bir Zeit school (now Bir Zeit University). Then he studied political science at the American University of Beirut and graduated in 1945.Later he worked as a teacher while studying law in Jerusalem. In the period following the 1948 Palestine War, Nasser worked as a journalist. He was responsible for producing the al-Ba‘ath newspaper from Ramallah and also set up al-Jil al-Jadid (The New Era), a militant newspaper. I

n 1956 he was elected to Jordanian parliament as Ba‘ath member for Ramallah district. He did not serve out his term as a result of his expulsion from Parliament during the subsequent martial law period in Jordan. Expelled from West Bank by Israel in 1967, Nasser became editor of the PLO newspaper, Filastin al-Thawra. In addition, at that time he became a member of PLO Executive Committee from February 1969 to July 1971 serving as an official with the office of National Guidance.

In 1970, he was also spokesman for the committee. In addition, he served as spokesman for the PLO. Nasser was killed in West Beirut on the night of 9 April 1973 by Israeli special forces during an Israeli raid on Lebanon alongside with Kamal Adwan and Mohammed Yousef Najjar. The great martyr, Kamal Adwan,  one of the top leaders in the Palestinian Liberation Organization was killed when IDF troops entered his room, they threw his wife off of the bed and sprayed him with bullets as he stood up.