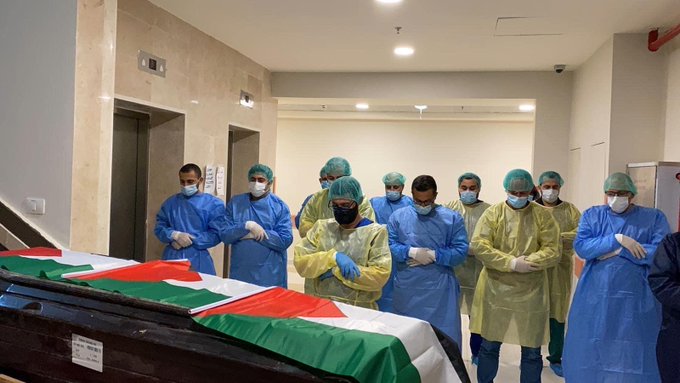 Second Palestinian to die from COVID-19 buried amid tight security

Nash’at Naji al-Mudallal, a Palestinian who was announced dead from novel COVID-19 (coronavirus) in Ramallah earlier today, was buried amid tight security measures in his hometown of Seida, near the city of Tulkarm in the occupied West Bank.

Doctors and medical staff at Hugo Chafez Hospital in Ramallah, the central West Bank, performed funeral prayer for the 55-year-old man before his body was moved to his hometown for burial.

Al-Mudallal was then laid to rest amid tight security measures with the presence of only four medics wearing protective suits, with the absence of any other participants including his family members.

Palestinian security forces tightly sealed off the cemetery where the man was buried to prevent the access of any individuals to avoid the risk of infection.