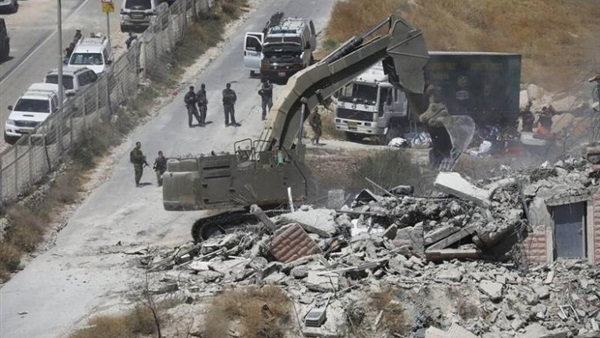 B’Tselem: Israel demolished 165 houses in Jerusalem since the beginning of 2019

B’Tselem spokesman Kareem Jubran told Al-Monitor the center has been documenting demolitions since 2004. The 2019 demolitions are almost equivalent to total demolitions in recent years. “Israel has demolished 165 homes since the beginning of 2019 until the end of October 2019, including 37 houses whose owners were forced to demolish them with their own hands to avoid paying the costs of the demolition, ranging from 100,000 to 150,000 shekels [$29,000 to $43,300]. The annual average of demolitions in Jerusalem between 2004 and 2018 stood at 54.”

Jubran stressed that the demolitions in Jerusalem aim to repel Palestinians and entrench demographic superiority in favor of Israeli settlements. “The surge in demolitions in 2019 stems in one way or another from the positions of the US administration toward Jerusalem, and its recognition as the capital of Israel,” he said.

B’Tselem’s projections indicate that demolitions in Jerusalem will increase over the coming months and years, according to Jubran.

“This is especially true after US Secretary of State Mike Pompeo’s statements Nov. 18 that Israel’s settlements do not violate international law,” he said. “The demolitions create bad humanitarian conditions for the Jerusalemite families, who use all their financial savings to build a house. These families see their houses brought to the ground in moments, and they end up homeless.”

Jubran pointed out that Israel uses the lack of building permits as a pretext to demolish houses, even as it pursues a discriminatory policy against Palestinian Jerusalemites by refusing to grant them permits. “This forces Jerusalemites to build houses without a permit because of their urgent need for housing,” he said.

“These orders are a means of repression and aim to change the demographic reality in favor of the settlers,” he told Al-Monitor. “Israel has indulged in issuing demolition orders in Jerusalem, taking advantage of the US green light, which began with [US President Donald] Trump’s recognition of Jerusalem as Israel’s capital. Pompeo’s statement that settlements do not violate international law made things worse.”

Ghaith explained that razing houses in Jerusalem creates a difficult social and humanitarian situation. “Hundreds of families become homeless,” he said. “Around 20,000 homes in Jerusalem face demolition orders that may be executed at any moment. Meanwhile, Palestinians in Jerusalem need about 25,000 new housing units.”