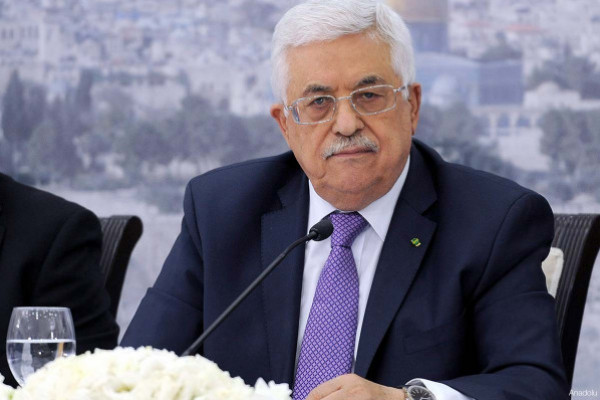 President Abbas: Despite 70 years of tragedies, our people remain steadfast

Marking the International Day of Solidarity with the Palestinian People, President Mahmoud Abbas said in a message read by Palestine’s Ambassador to the UN Riyad Mansour that despite decades of disappointment and setbacks, the Palestinians remain committed to a multilateral order that respects and ensures respect for international law.

“The Palestinian people have endured more than 70 years of tragedies, but yet remain steadfast,” Mansour said on behalf of President Abbas to a meeting held by the UN Committee on the Exercise of the Inalienable Rights of the Palestinian People at the UN headquarters.

“Despite decades of disappointment and setbacks, we remain committed to a multilateral order that respects and ensures respect for international law,” Mansour said. “The State of Palestine will continue engaging in efforts aimed to advance the rule of international law, including through the building of our national institutions, spreading the culture of peace and empowering our people, especially women and youth.”

President Abbas also condemned as a violation of international law US Secretary of State Mike Pompeo’s recent announcement that Israeli settlements in the occupied West Bank were “not per se inconsistent with international law.”

“Such unlawful statements and decisions by the United States only embolden the Israeli government in perpetuating its occupation and in accelerating its settlement activities and in further committing crimes,” he said.

He further urged the world “not to recognize the illegal situation created by Israel’s illegal policies and practices in occupied Palestine, including East Jerusalem, and not to render aid or assistance that would allow this situation to be maintained and entrenched.”

“The time has come to take practical measures to protect the Palestinian people and enable it to exercise its right to self-determination, freedom and independence on its land occupied since 1967, with East Jerusalem as capital [of the state],” the President added.

In 1977, the UN General Assembly adopted a resolution to mark November 29 of every year as the International Day of Solidarity with the Palestinian People.

The resolution was adopted to help raise awareness about the inalienable rights of the Palestinian people and UN efforts to help achieve them.