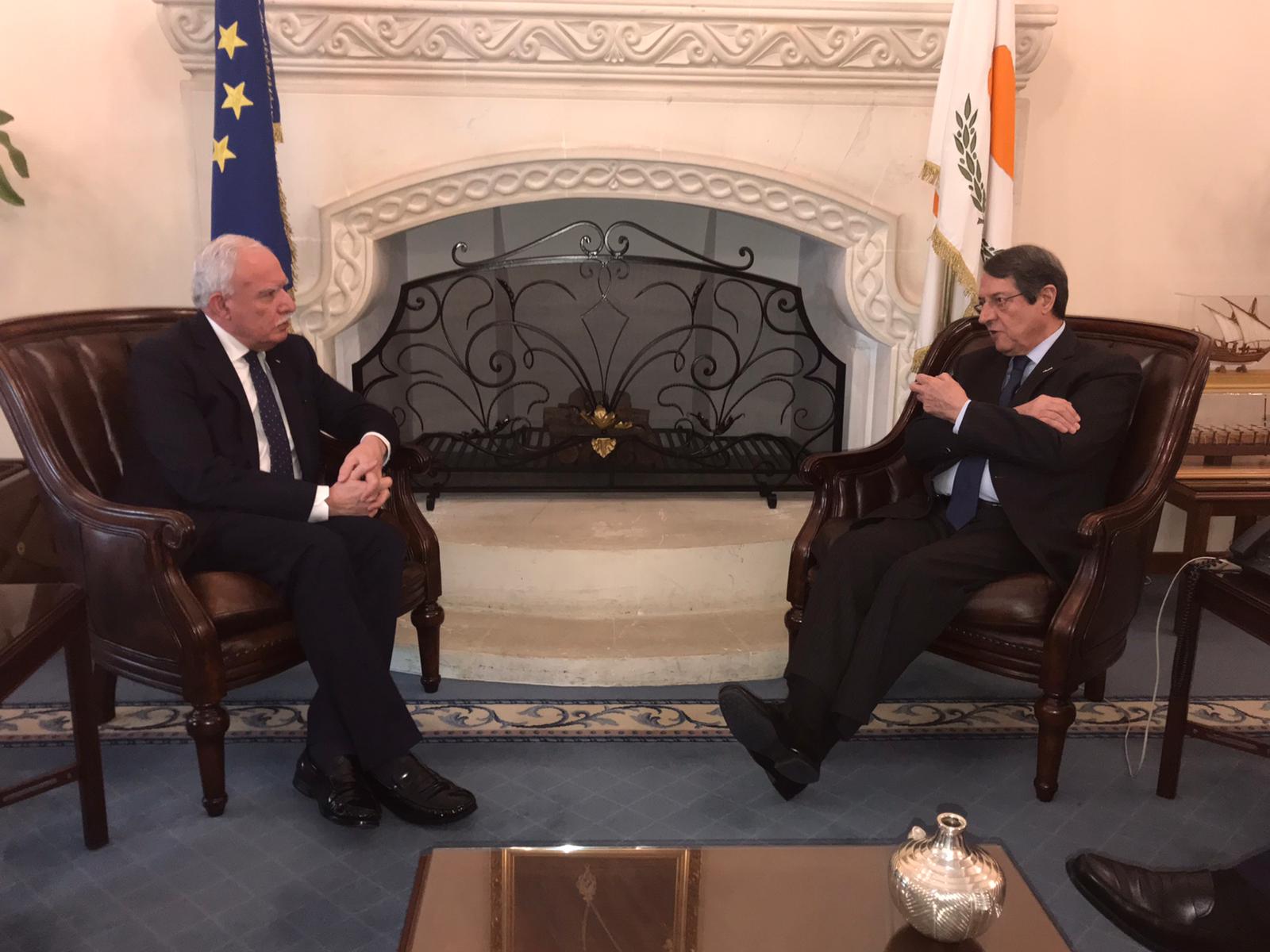 Foreign Minister Riyad Malki met today with Cypriot President Nicos Anastasiades during which they discussed a tripartite meeting between Palestine, Cyprus and Greece that is expected to convene in the near future, among other matters.

Malki told Anastasiades that Palestine is very much interested in that meeting currently being coordinated between the three parties.

He also welcomed an intended official visit to the island by President Mahmoud Abbas.

The two sides stressed the close relationship between their countries and called for strengthening it.

Malki briefed Anastasiades on the latest political situation in Palestine, particularly with the recent US position on the Israeli settlements in the occupied Palestinian territories, saying that Israel may use that declaration to expand settlements and annex the West Bank, which means ending the two-state solution.

He said the position of the European Union on the American declaration that considered the settlements not inconsistent with international law was weak and not up to the expected level.