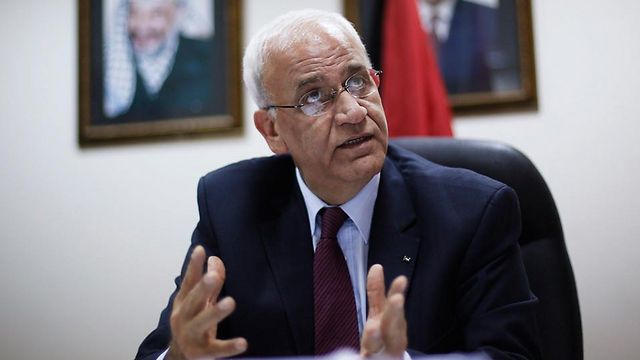 He said Palestine will ask the ICC Judicial Council to open an investigation into the crimes of the Israeli occupation, and to publish a database of companies dealing with products manufactured in the illegal Israeli settlements.

“Whoever in charge of the institutions established to protect and defend human rights and combat war crimes shall not be subject to any political blackmail from a certain country,” Erekat told official Voice of Palestine radio.

He said he had sent a letter to the President of the Human Rights Council yesterday asking him to issue a database of companies dealing with settlement-made products and not to heed to US pressure in this regard.

Erekat added that in response to the recent announcement by US Secretary of State Mike Pompeo, in which he recognized Israeli settlements as legal, the Palestinian leadership has sought action in the ICC, the International Court of Justice and the UN Security Council and the Arab Foreign Ministers meeting, so as to create a momentum that may influence the US resolution.

The PLO chairman said the Arab League has further taken a decision to suspend all relations with countries that recognize Jerusalem as capital of Israel, and that all Arab countries need to follow suit.