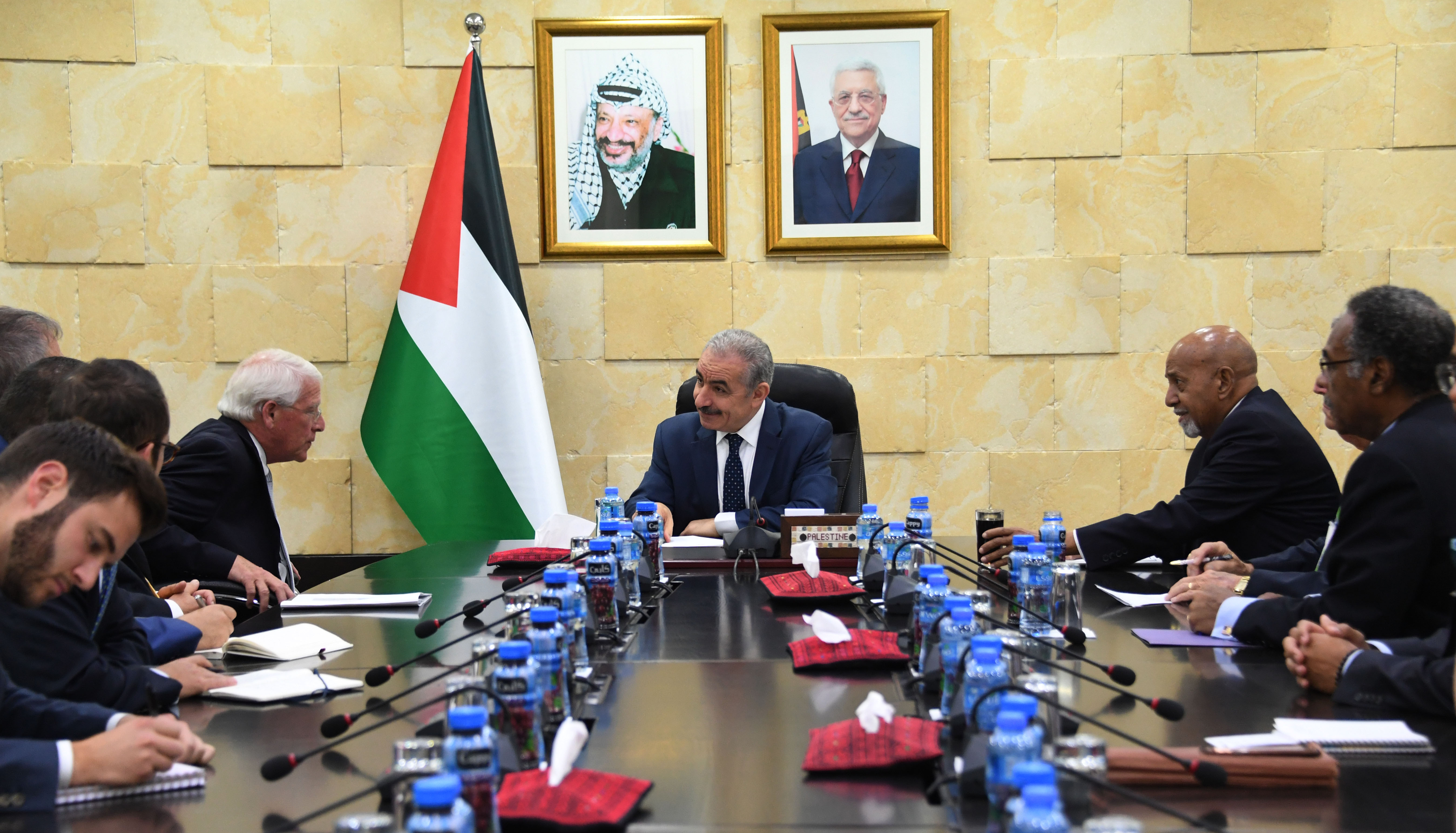 Prime Minister Mohammed Shtayyeh today called on a delegation from the US Congress he met at his office in Ramallah to pressure the Trump administration to retract its unilateral steps towards the Palestinians.

“We rely on the wisdom of the members of Congress to pressure the US administration to retract its unilateral steps towards the Palestinians,” Shtayyeh told the lawmakers. “This administration headed by Trump has been misguided and is no longer an honest broker for peace.”

Shtayyeh added, “We have signed many agreements with Israel and it did not abide by them and violated them. All the US-sponsored peace talks have failed because of Israel and because there was no clear and agreed terms of reference, no specific time frame for these talks, and no sincere intentions from Israel.”