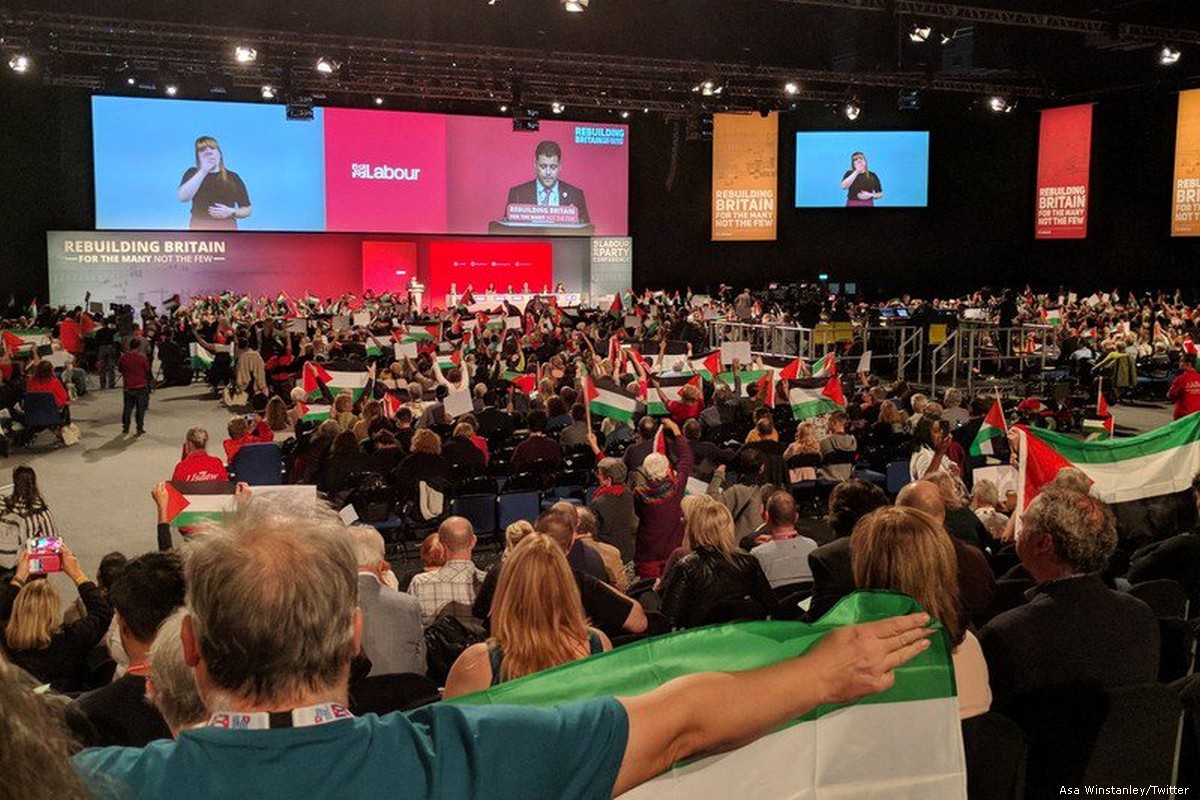 The British Labour Party yesterday voted in favor of a motion which could see Britain cease trade with Israel if it doesn’t comply with international human rights laws.

The motion, titled “Ethical Foreign Policy” was proposed by Hove Constituency Labour Party (CLP) and Birkenhead CLP, and would only come into effect if the Labour party wins the next general election and the motion is passed by parliament.

The motion included a call to ”work globally for an alliance” rejecting trade agreements with Israel that failed to recognize the rights of Palestinians, and declared US President Donald Trump’s proposed peace plan – dubbed the “deal of the century” – a “one-sided attempt to destroy Palestinian rights.”

It also called on any future Labour government to apply international law on settlements in the illegally occupied Palestinian territories.

“A Labour government’s solution should include self-determination and the right to return to their homes, protected by international law, and expressed in countless UN resolutions.

“As socialists, we stand always with the oppressed. Conference, I move: Free Palestine!

The motion received a standing ovation and chants of “Free Palestine!” amidst a sea of Palestinian flags.