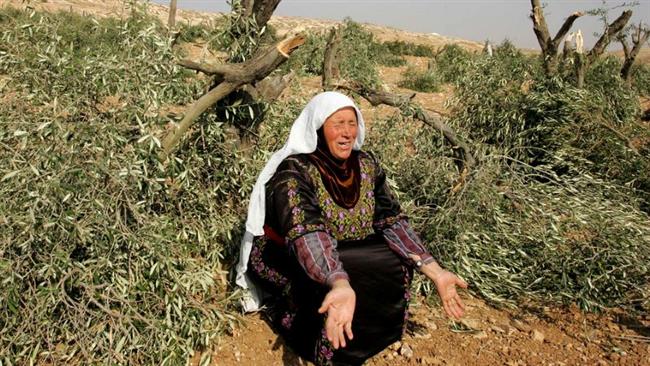 Israeli settlers attacked yesterday a Palestinian farmers while working in their own farms near the village of Deir Sharaf, to the west of Nablus City in the northern occupied West Bank, according to local sources.

Ghassan Daghlas, who monitors settlement activities in the area, told WAFA that a group of Israeli settlers chased Palestinian farmers while working in their farms in preparation for the annual olive harvest, in attempt to force them to leave. He said another group of settlers later broke into the farms and stole a large amount of immature olives before leaving.

Settler violence against Palestinians and their property is routine in the West Bank and is rarely prosecuted by Israeli authorities.

This violence includes property and mosque arsons, stone-throwing, uprooting of crops and olive trees, attacks on vulnerable homes, among others.

Over 600,000 Israelis live in Jewish-only settlements across occupied East Jerusalem and the West Bank in violation of international law.