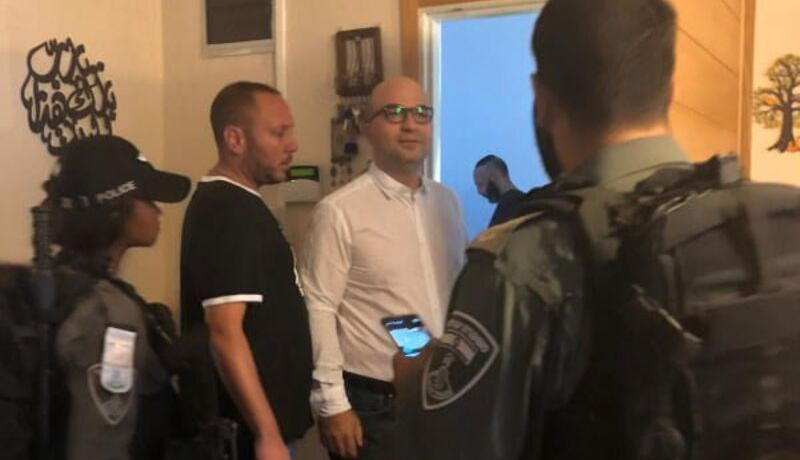 Dr. Hanan Ashrawi, member of the Executive Committee of the Palestine Liberation Organization (PLO), said today that as world leaders gather at the United Nations and voice overwhelming concern about Israel’s illegal and unilateral actions, Israel continues to act with abject impunity, emboldened by the lack of serious consequences for over half a century of serious violations of international law and Palestinian human and national rights.

“It is time to hold Israel accountable,” she said in a statement.

“Overnight, Israeli occupation forces stormed the home of Jerusalem Affairs Minister Fadi Hidmi and detained him. This is an illegal abduction that reflects the systematic Israeli persecution of the Palestinian people, especially in Jerusalem. Occupation authorities have also summoned Adnan Ghaith, the Governor of Jerusalem. These continued harassment and intimidation actions directed at legitimate Palestinian representatives and leaders, including the Minister and the Governor, are reprehensible and unacceptable. They must stop,” said Ashrawi in a statement.

“All Israeli actions to entrench this occupation, including arbitrary detention, political persecution, home demolition, and land grab are also illegal,” she added.

“We call on world leaders to translate their concern into concrete actions by imposing sanctions on Israel until it ceases its lawless behavior and egregious persecution of the Palestinian people. Such measures include the cessation of all forms of economic and military cooperation with Israel until it stops its rogue behavior and complies with the law and imperatives of peace.

“The only acceptable and legal path to peace and stability in the region is ending Israel’s occupation of Palestinian territory and enabling the Palestinian people to exercise their inalienable and non-negotiable right to self-determination, sovereignty, and freedom,” Ashrawi concluded.