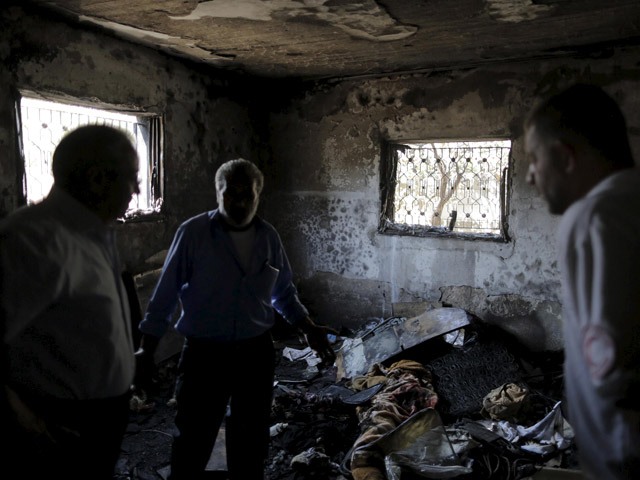 The Committee for the Affairs of Detainees and Liberals on Monday condemned the signing of an Israeli judicial deal whereby a settler involved in the murder and burning of three members of the Duabisha family in the village of Douma in Nablus district in 2015. The accused reached a deal with the Israeli Attorney General’s office, according to which the boy pleaded guilty to conspiracy to commit a crime, but was charged with direct involvement in the planning of the operation and the burning of the Dawabsha family house, claiming that he had not reached the family’s home and that “It’s hard to prove the intention” , Despite the information confirmed by the Shin Bet security service throughout the trial of the accused that he and the settler Amiram Ben Orel were involved in the burning of the house and the killing of the Dawabsha family.

The prosecution also demanded that he won’t be imposed a prison sentence on the settler and that the defense lawyer will demand his immediate release after three years in prison.

The committee added “The deal is ridiculous and the Israeli authorities, including its extremist judiciary, provide all the means to cover and protect its settlers and soldiers from any responsibility for killing Palestinians, but encourages them and encourages them to kill more.”

They said “The world must recognize that the Israeli entity is a criminal and extremist terrorist entity that absolves. It absolves the killing soldiers and settlers from the blood of the Palestinians, while sentencing dozens to life imprisonment on those who defend their right to freedom and life and to reject the occupation.”

July 31, 2015, has witnessed a heinous crime committed by settlers in the village of Douma in Nablus, where they burned the home of the Dawabsha family at night by throwing Molotov cocktails inside the house and burning who is inside. The parents, Saad and Reham and their infant son Ali, were killed as a result of severe burns, While their four-year-old son, Ahmed, survived with burns of up to 60% and is still being treated to this day.