BREAKING NEWS
Home News President Abbas marking Arafat’s death anniversary: We will not give up any of our legitimate rights 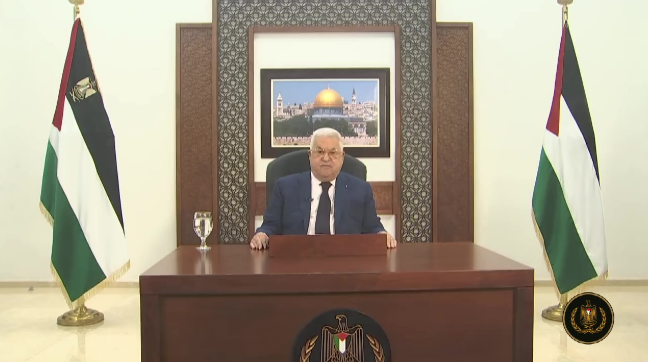 President Abbas marking Arafat’s death anniversary: We will not give up any of our legitimate rights

President Mahmoud Abbas said that the Palestinian people will not abandon any of their legitimate rights guaranteed by international legitimacy resolutions.

“We will continue to work until the end of the Israeli occupation of our country and the establishment of a sovereign state of Palestine on the pre-1967 borders, with East Jerusalem as its capital,” President Abbas said in his speech on the 16th anniversary of the death of late President Yasser Arafat.

Addressing the Palestinian people, president Abbas pledged to “remain loyal to the souls of our martyrs, the blood of the injured and the sufferings of our prisoners.”

Amid the ongoing difficulties faced by the Palestinian people, the president said that our strongest weapon remains the unity of our people and our land, noting that the leadership is working to hold legislative, presidential, and Palestinian National Council elections respectively, with the participation of all national powers in order to end the Palestinian division.