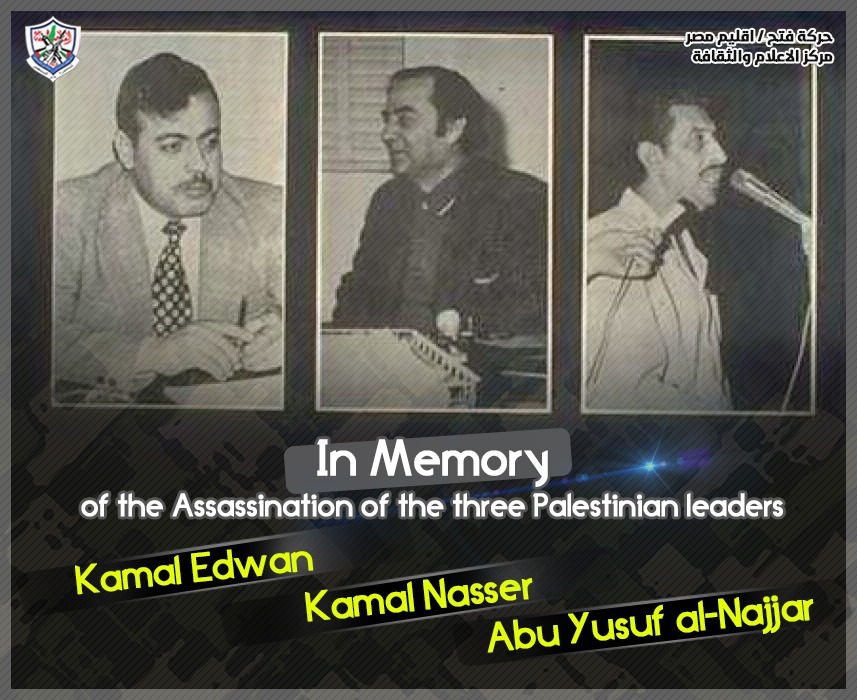 The Assassination of Palestinian leaders in Beirut 1973

April 1973 has witnessed an awful assassination of three Palestinian leaders in their homes in Beirut with the hands of the Zionist “Mossad” led by Ehud Park, who ruled as Israel’s tenth Prime Minister later from 1999 to 2001. He disguised himself in a woman’s clothes to kill them. All this with the help of the Americans.
The Verdun operation in the Lebanese capital city claimed the lives of three Palestinian leaders, Kamal Adwan, Kamal Nasser and Abu Yousef Al Najjar who were killed in Beirut in 1973.
The attack began at dawn on 11 April 1973, to carry out the assassination operation against these leaders. Selected Israeli military units from the elite Maritime Commando and Paratroop forces participated in this operation. These forces were distributed to three groups according to the target that is the residence’s place of the three leaders in Verdun Street in the Lebanese capital, and some other Palestinian institutions, these groups attacked the homes of the three leaders after heavy fire on them at their homes after the killing of their guards.
The great martyrdoms are Kamal Adwan, a Palestinian politician and one of the top leaders in the Palestinian Liberation Organization. When IDF troops entered his room, they threw his wife off of the bed and sprayed him with bullets as he stood up.
The second martyr Mohammed Yusuf al-Najjar (Abu Yusuf) the Chairman of the Central Committee of the (PLO) movement (Fatah) was shot mercilessly in-front of his children and his wife (Um Yusuf) who was also martyred while defending him.
The third martyr is Kamal Hanna Nasser, a member of the Executive Committee of the Palestine Liberation Organization, and its spokesman. They found his body crucified, not only this, but also he was fired on his mouth even after crucifying him as a proof of hatred and lust for blood.