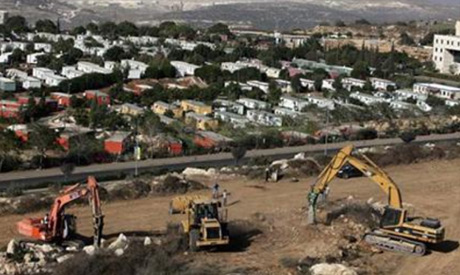 The Arab Group in UN hold meeting to support Palestine

The Council of Arab Ambassadors to the United Nations met Friday in New York through VTC to discuss the situation in occupied Palestine, including Israel’s unlawful plans to annex Palestinian land as reflected in the governmental agreement reached by Israeli Prime Minister Benjamin Netanyahu and Knesset speaker Benny Gantz.

“The Arab group listened to a briefing on the situation on the ground by the representative of the state of Palestine to the United Nations, Riyad Mansour, as well as on Palestine’s efforts at the international level to counter Israeli plans,” the council said in a statement.

The Arab Council “welcomed the strong expressions of rejection of Israel’s illegal policies and annexationist agenda at the Security Council’s open meeting held the same day.”
The members of the council “decided to reach out to key actors in New York, including the [UN] secretary-general, the president of the General Assembly, members of the Security Council and the wider membership of the UN to present the Arab position in support of the freedom of the Palestinian people.”

They also highlighted that the Arab Peace Initiative, which is in line with the international consensus and has been endorsed by the Security Council, remains the only viable vision for regional peace, prosperity, security and stability.

Meanwhile, the Palestinian president has also called for an emergency Arab foreign ministers’ meeting to decide on collective steps in the face of the threat of Israeli annexation.