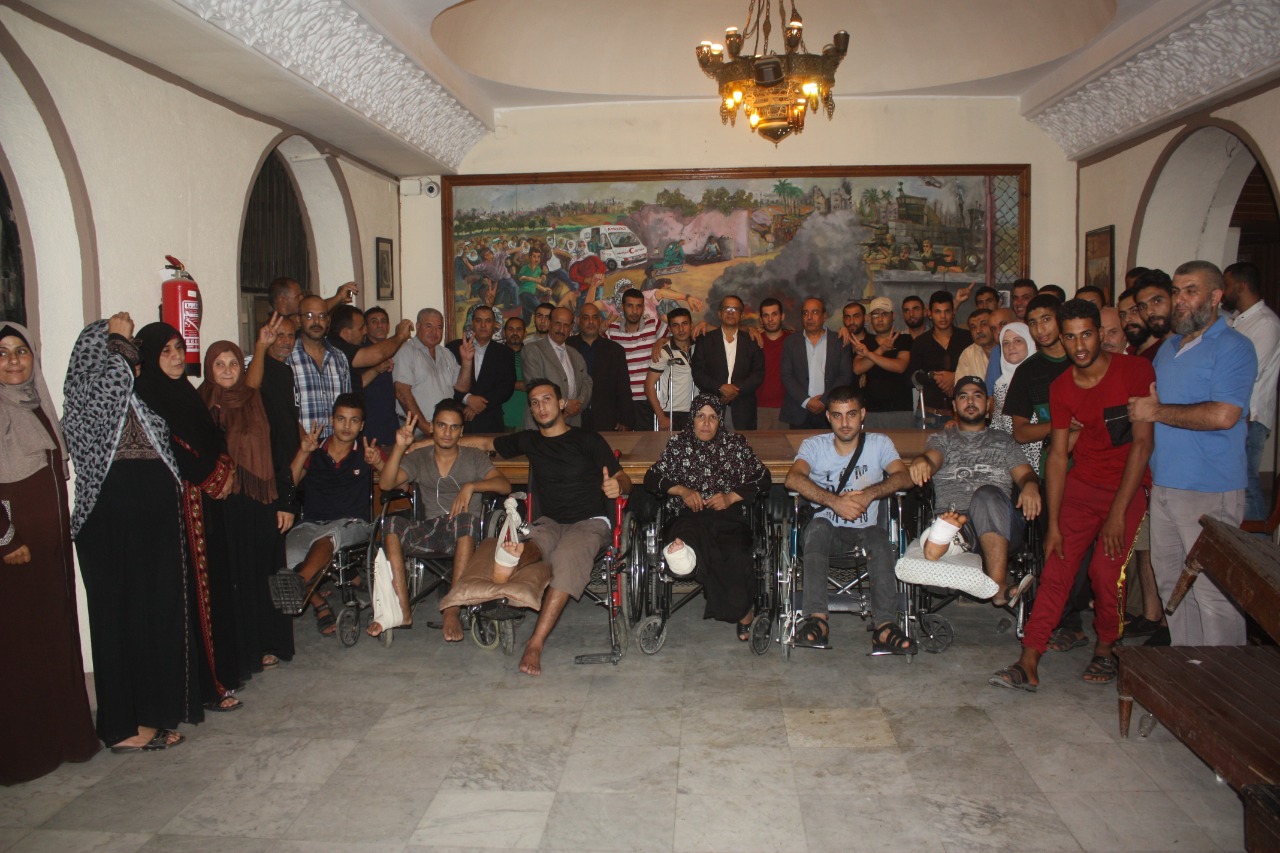 Posted By: adminon: November 08, 2018In: Fateh in Egypt
Print Email

The Regional Leadership Committee of “Fatah” in Egypt  meets the wounded of the Gaza return march events in Palestine Hospital in Cairo Where they met a large number of wounded and their relatives , whom expressed their appreciation to Fateh and to its Commander-in-Chief and the President of Palestine state Abu Mazen. Dr. Mohamed Gharib, Secretary General of the Movement in Egypt, expressed his pride and solidarity with our people in the Gaza who offer the world a unique model of steadfastness, sacrifice and resistance of all attempts to undermine our national project and national unity. We reaffirm our support and unlimited trust in our leader and president, Abu Mazen, who has conveyed to the entire world the message of his people that there is no compromise and no acceptance of assault on the Palestinian principles, especially The Palestinian right of return,  and a right to the properties  they themselves or their forebears left behind or were forced to leave,  and their dream of an independent state with East Jerusalem as its capital that including the holy sites .