BREAKING NEWS
Home Fateh in Egypt In the 101st anniversary of The Balfour Declaration.. Fatah movement in Egypt organized a symposium entitled “Nation-State Law of the Jewish People”. 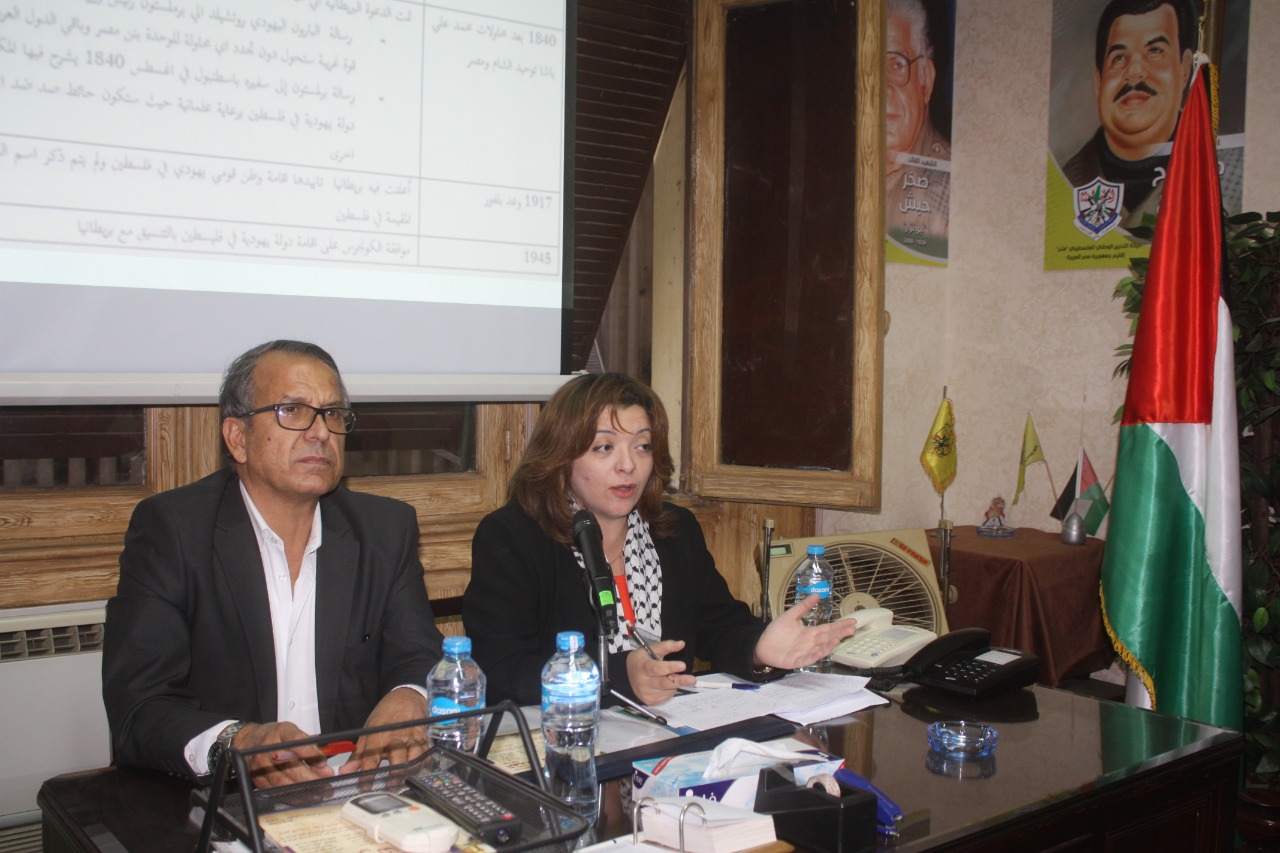 In the 101st anniversary of The Balfour Declaration.. Fatah movement in Egypt organized a symposium entitled “Nation-State Law of the Jewish People”.

Posted By: adminon: November 08, 2018In: Fateh in Egypt
Print Email

The Palestinian National Liberation Movement (FATAH)in Egypt  organized a political symposium entitled “The Law of Jewish Nationalism” on the 101st anniversary of the Balfour Declaration, which was conducted by Dr. Mohamed Gharib, secretary general of the Fatah movement and Dr. Hiba Gamal ed-Din, a professor at the Egyptian National Planning Institute. Dr.Gharib reviewed the four Zionist strategies that came at the Basel conference 1897. The establishment of the State of Israel, then the recognition of this state by Arabs, and then the declaration of the Jewish state, and finally to have an ethnically pure state.

Dr. Heba said that since the sixteenth century and Israel is striving to establish a Jewish national homeland in the historic land of Palestine, The issue of the Palestinian-Israeli conflict is the same As it has been linked to the Arab renaissance and the issues of the Arab world. It also shows that after 101 years of the disastrous Balfour Declaration, Israel is trying to strike Arab nationalism and Arab unity significantly. “We are at an era of the disastrous Israeli plan, and one  weapon as Arab peoples Is the  boycotting campaigns to hit the economy and investment of the occupying state.    Dr.Heba mentioned the  risk of Israel’s accession to the belt and road initiative as a strategy adopted by the   Chinese gov. involving infrastructure development and investments in countries in Asia,Europe and Africa.  Israel now, is using  religion as an approach to build a new reality on Land of Palestine. “She stressed that after the moving of the American Embassy to Jerusalem, Israel was able to issue a full racist law,” the law of Jewish nationalism, “which is based on the fact that Israel is the national state of the Jewish people and that Jerusalem is the capital of Israel.” If Jerusalem were lost, Mecca and Medina would be lost too “.

It is worth mentioning that the movement presented an Honorary shield to Dr. Jamal ad-Din for being a steady voice and providing efforts and support for the Palestinian cause.