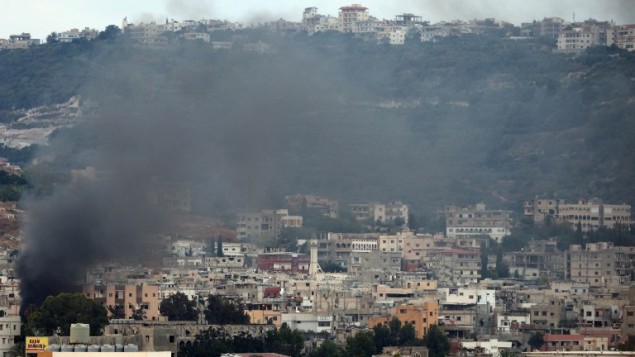 16/5/1984 The Palestinian camp near Sidon in southern Lebanon, one day after the Palestinian and Lebanese demonstrations on the anniversary of the Nakba, and one day before the withdrawal of enemy forces from Sidon, which has been occupied since 1982, where enemy artillery bombarded the population in their homes on Tuesday night – The night of its tanks on the hills adjacent to the camp, provided with (1500) soldiers, and (150) and  then they began the destruction and killing, which has become known, and the imposition of the siege of the siege around the camp, even on ambulances. Dozens of them were killed and injured, including 14 houses demolished over the heads of their residents. And arrested 150 residents of the camp.