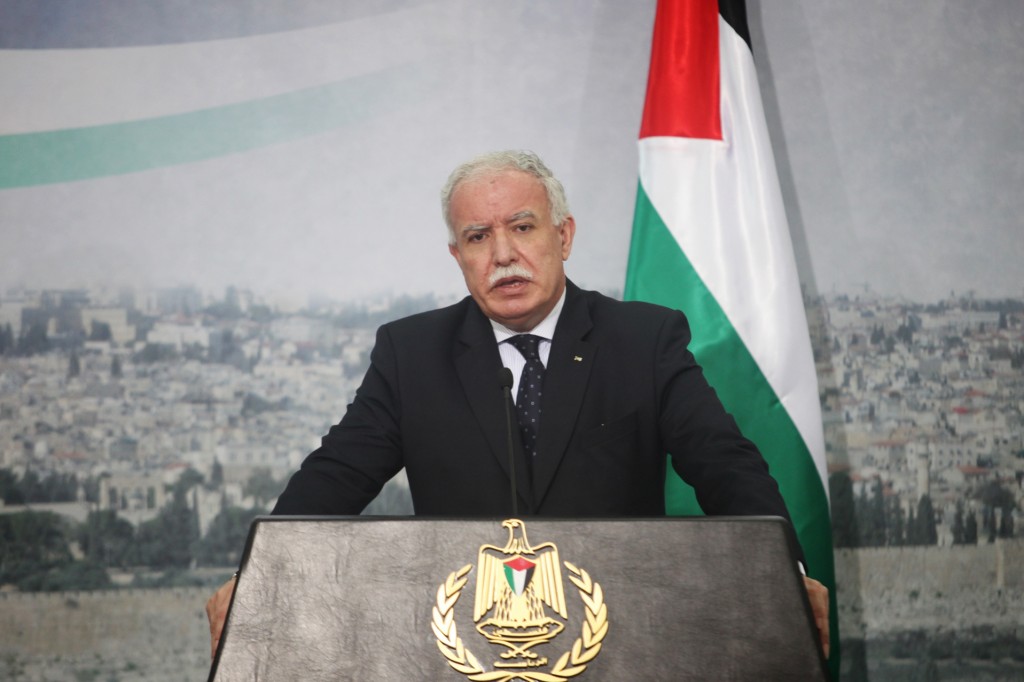 Palestine to sue Israel at international courts in the event of annexation: Al-Maliki

Minister of Foreign Affairs and Expatriates, Riyad al-Maliki, said today that the State of Palestine is going to prosecute Israel at international courts in the event it goes ahead with its plan to annex parts of the occupied West Bank.

Al-Maliki said during a meeting with the European Union’s Representative to Palestine, Sven Cohan von Burgsdorf, that the US Secretary of State Mike Pompeo’s recent statement – in which he said that it was Israel’s decision whether to annex parts of the occupied West Bank – was a proof of the US’s “complicity” in this Israeli colonial expansionist project.

He called on the European Union to pressure the Israeli government to halt its annexation plans and to take practical steps and measures to prevent this from happening, as well as take punitive measures in the event of implementation.

Earlier today, the EU reaffirmed its position on the status of the Palestinian territories occupied by Israel, saying that any annexation would constitute a serious violation of international law.

“The European Union’s position on the status of the territories occupied by Israel in 1967 remains unchanged,” the EU said in a statement. “In line with international law and relevant UN Security Council resolutions, including resolutions 242 (1967) and 338 (1973), the European Union does not recognize Israeli sovereignty over the occupied West Bank.”

“The European Union reiterates that any annexation would constitute a serious violation of international law. The European Union will continue to closely monitor the situation and its broader implications, and will act accordingly.”