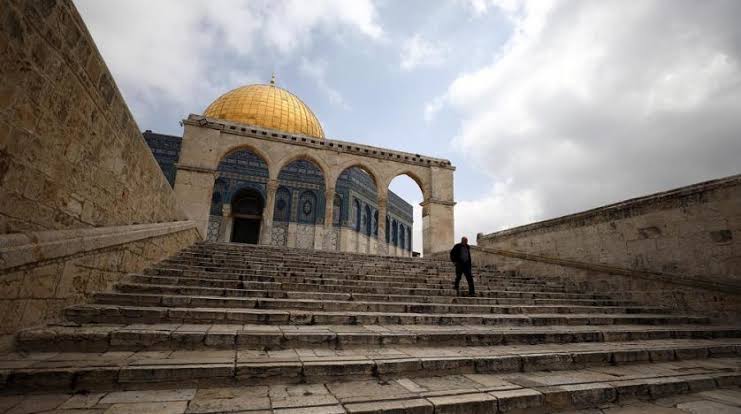 For first time, Al-Aqsa devoid of worshipers during Ramadan

For the first time in modern history, the Al-Aqsa Mosque compound in the Old City of occupied East Jerusalem was closed to Muslim worshipers on the first day of Ramadan, the holy fasting month, due to the coronavirus pandemic.

The decision taken by the Jordan-run Waqf Council was a “painful” one, according to a statement issued by the council, which is in charge of overseeing the holy sites in Jerusalem.

Muslims should “perform prayers in their homes during the month of Ramadan, to preserve their safety”, the council said.

Muslims believe the site to be where Prophet Mohammad ascended to heaven.

Israel, which occupies East Jerusalem where the holy site is located, has nearly 15,000 cases of coronavirus, with 193 deaths. In the occupied Palestine Territories around 350 cases have been confirmed, with two deaths.