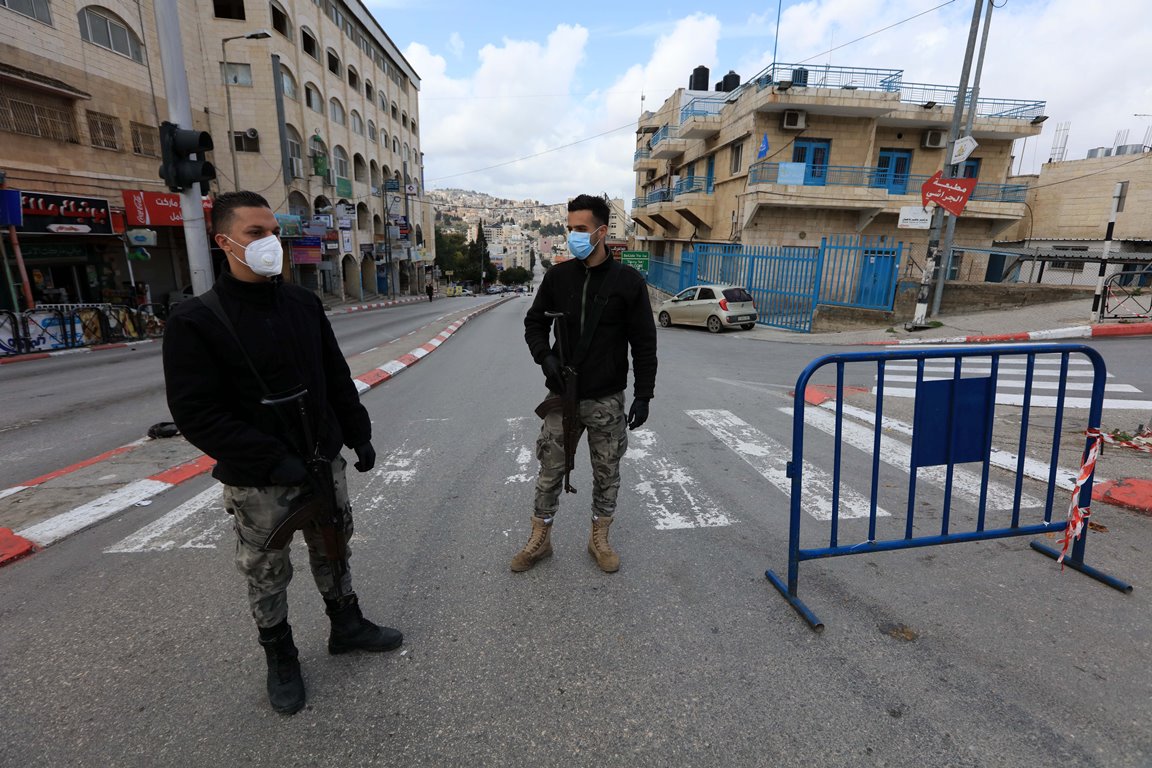 Life comes to a standstill in West Bank as anti-corona curfew, lockdown go into effect

Life came to a standstill in all West Bank cities and towns today as the curfew and strict lockdown Prime Minister Mohammad Shtayyeh has declared yesterday in order to stop the spread of the deadly coronavirus disease, Covid-19, went into effect since 10:00 p.m. last night.

Shops were shuttered, except for the essential ones, and streets were almost empty of people and motorists as police barricades on the roads checked papers of those moving around to make sure they have been exempted from the lockdown.

The prime minister said in a televised speech yesterday that the strict measures were important to keep people home, an important step to stop the spread of the pandemic that has so far claimed lives of thousands of people around the world.

The decision to impose around-the-clock curfew on all cities and towns came as world governments saw in this step as the most effective one to prevent the rapid spread of the disease by keeping people off the streets and in their homes.

Schools and universities, theaters, restaurants, shopping centers, gyms, events halls and all places where people gather have been shuttered since Palestine has declared a state of emergency on March 5 to fight coronavirus 5 following the discovery of the first seven cases in Bethlehem of people who were in contact with foreign tourists visiting the cradle of Christianity, the birth city of Jesus Christ.

Since then, all hotels were closed as tourists had left the city and all hotel bookings were cancelled.

Palestine reported 59 cases of confirmed coronavirus cases so far, most in the southern biblical city of Bethlehem where 17 confirmed cases have since then recovered, followed by Ramallah with 10 cases. The Gaza Strip had its first two cases yesterday of Palestinians returning home from Pakistan.

“Today, I refer to the decree issued by President Mahmoud Abbas on 05/03/2020 to declare a state of emergency in The State of Palestine to combat the threat of the Corona Virus Outbreak, and upon the powers granted to me as the Prime Minister and the Minister of the Interior, in coordination with the related parties in the Security Forces and the National Emergency Committee, and under the directions and supervision of His Excellency President Abbas, I hereby declare the following set of new strict precautionary measures against the spread of COVID-19,” said Prime Minister Shtayyeh in his televised speech yesterday, in which in announced the following measures:

Following hearing these decisions, people rushed to shops to get their supplies of food and medicine in preparation for possibly a long stay at home.