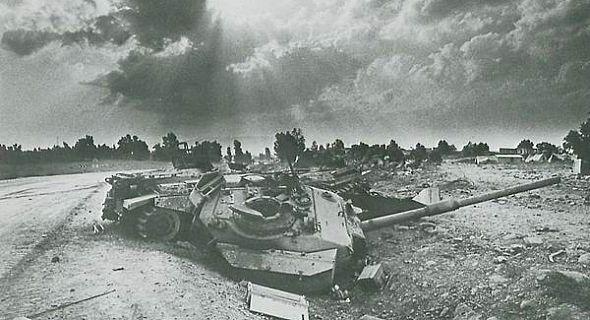 Karameh is a Jordanian village north of the Dead Sea. Al Karameh was an important village for Palestine as it was the military headquarters for the Palestinian Fatah movement refugees in  Jordan, it sheltered the leaders for the Palestinian authorities of Fatah movement. The Israeli  aimed at wiping out the Palestinian political leadership in Al Karameh.
What happened?
On the morning of 21 March, the IDF attacked Al-Karameh with heavy weaponry, armored vehicles and fighter jets seeking Palestinian leadership figures of Fatah. Fatah held its ground, surprising the Israeli military. As Israel’s forces intensified their campaign, the Jordanian Army became involved, causing the Israelis to retreat in order to avoid a full-scale war.
Throughout 1968, Fatah was target of a major Israeli Defense Forces operation in the Jordanian village of Al-Karameh, where the Fatah headquarters were located. The operation was in response to attacks against Israel, including rockets strikes from Fatah and other Palestinian Fedayeen into the occupied West Bank.
The goal of Israel during 1968 was to shake the Arab masses’ confidence in the Palestinian. Resistance Movement and to shake the Fedayeen’s own confidence in themselves as well. Fatah Fedayeen were an example of Palestinian steadfastness: lightly armed, heroic Fedayeen fighting against the mighty Israeli army and inflicting heavy losses.
The Outcome:
It was a triggering moment for the Palestinian resistance, and critical moment, not only in Fatah’s fate, but in the history and destiny of the Palestinian Resistance Movement as well, through destruction of Israeli morale by inflicting on their forces the heaviest losses possible. By the end of the battle, Israel suffered relatively heavy losses in the process and unexpectedly
high number of casualties: 100-200 killed, 500 wounded, 27 tanks were destroyed. Palestinian. Fedayeen were able to destroy several of Israel’s tanks and armored cars.
Significance of the battle:
The battle gave an enormous lift to Fatah and irrevocably implanted the Palestine problem onto the international agenda, no longer as a humanitarian issue of homeless refugees, but as a claim to Palestinian statehood.

Israel was defeated on that day and a surge of optimism was sent through the Palestinians after the victory. The Palestinians’ claim to being a national liberation organization was established. It was psychological boost and international support. Within weeks, thousands of young men and women volunteered for Fatah movement and began paramilitary training. Palestinian resistance receives a boost of prestige and morality. What we have done is to make the world realize that the Palestinian is no longer refugee number so and so, but the member of
a people who hold the reins of their own destiny and are in a position to determine their own future.