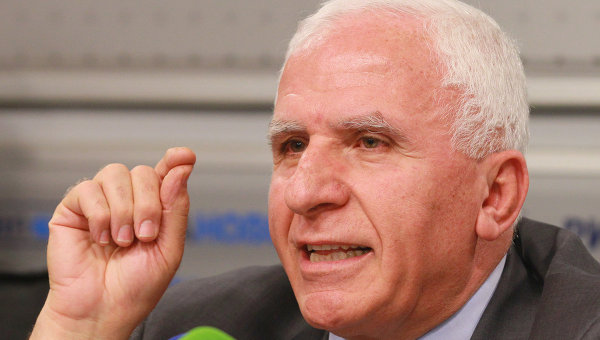 Azzam al-Ahmad, member of Fatah Central Committee and the Executive Committee of the Palestine Liberation Organization (PLO) said that plans to establish an American field hospital in the Gaza Strip is part of the Zionist-American schemes to isolate Gaza and establish a micro-state there.

He said that such plan is part of the [Israeli] occupation forces’ plans to provide all the factors of survival for the de-facto authority in the Gaza Strip.

In an interview with voice of Palestine radio, al-Ahmad said that the conspiracy against the Palestinian cause has long existed but has intensified since the internal division 13 years ago, pointing out that this division is not merely Palestinian, but rather an Arab, regional, and international division.

Al-Ahmad said that Israeli prime minister Benjamin Netanyahu has made it clear that it is important to keep the division to prevent the establishment of an independent Palestinian state, stressing that Hamas is well aware of what it is doing and of the risks and is going along with it, noting that direct contacts with Hamas movement have been cut off since 2017.