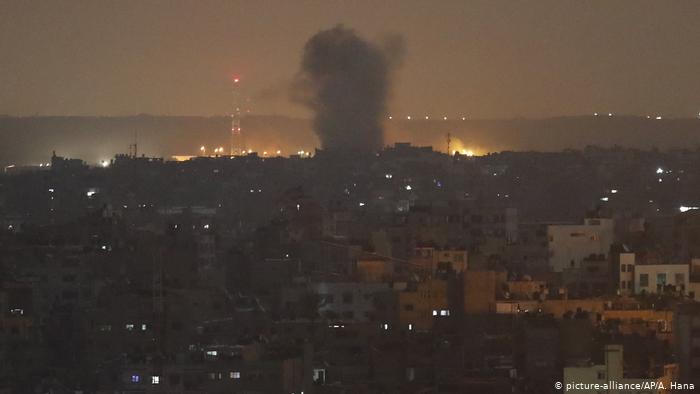 An Egyptian-brokered ceasefire have been reached between Israel and Palestinian factions, bringing an end to the Israeli onslaught that left 34 Palestinians killed and 113 others injured.

WAFA correspondent reported a well-informed Egyptian source stating that the agreement was in force from 5:30 A.M. local time (3:30 GMT) on Thursday morning.

He elaborated that the ceasefire agreement stipulates that the Islamic Jihad movement and Palestinian factions must ensure a return to calm and maintain peace during the Grear March of Return protests along Gaza’s frontier with Israel, while Israel must immediately stop its onslaught and targeted assassinations as well as ensure a ceasefire during Palestinian protests.

Israel carried out airstrikes on Gaza last Tuesday morning with the assassination of Islamic Jihad leader Bahaa Abu al-Atta in a missile attack at his home that also killed his wife and injured his five children and a neighbor.

Palestinian factions fired barrages of rockets on bordering Israeli towns in retaliation, causing damage but no serious injuries, whereas Israel reacted with several airstrikes on the Gaza Strip during the last couple of days.

At least 32 Palestinians were killed and 113 others were injured since Israel unleashed its onslaught on Tuesday morning.

Fourteen years following the Israeli “disengagement” from Gaza, Israel has not actually disengaged from Gaza; it still maintains control of its land borders, access to the sea and airspace.

Two million Palestinians live the Gaza Strip, which has been subjected to a punishing and crippling Israeli blockade for 12 years and repeated onslaughts that have heavily damaged much of the enclave’s infrastructure.

Gaza’s 2-million population remains under “remote control” occupation and a strict siege, which has destroyed the local economy, strangled Palestinian livelihoods, plunged them into unprecedented rates of unemployment and poverty, and cut off from the rest of the occupied Palestinian territories and the wider world.

Gaza remains occupied territory, having no control over its borders, territorial waters or airspace. Meanwhile, Israel upholds very few of its responsibilities as the occupying power, failing to provide for the basic needs of Palestinian civilians living in the territory.

Every two in three Palestinians in Gaza is a refugee from lands inside what is now Israel. That government forbids them from exercising their right to return as enshrined in international law because they are not Jews.