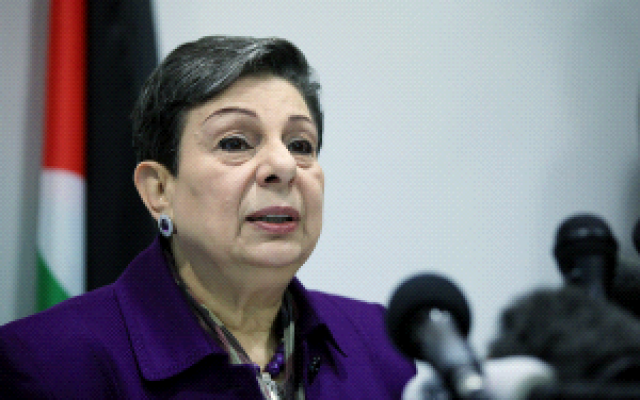 Ashrawi: Israel’s return to illegal policy of assassination is reckless and criminal

” Israel’s return to the illegal and criminal policy of extrajudicial assassination and its willful disregard for the lives of the Palestinian civilian population is reckless and criminal,” today said Hanan Ashrawi, member of the Executive Committee of the Palestine Liberation Organization (PLO). “Netanyahu is exploiting the culture of impunity to commit unchecked crimes and provoke a grave escalation for petty political and personal gain ”

Ashrawi said that on orders from the highest political echelons, ” the Israeli army is launching an assault on the Palestinian people, providing cover for the cold-blooded extrajudicial killing of a civilian in Hebron on Monday then ordering the assassination of two senior figures in Gaza City and Damascus by bombing their homes and targeting their families.”

She added: ” This pre-meditated escalation has wreaked havoc in the Gaza Strip, where life has come to a grinding halt and where an entire captive civilian population is helpless and defenseless in the face of Israeli bombardment of civilian buildings, including the direct targeting and destruction of the offices of the Independent Commission for Human Rights. These acts constitute war crimes for which Israel must answer.”