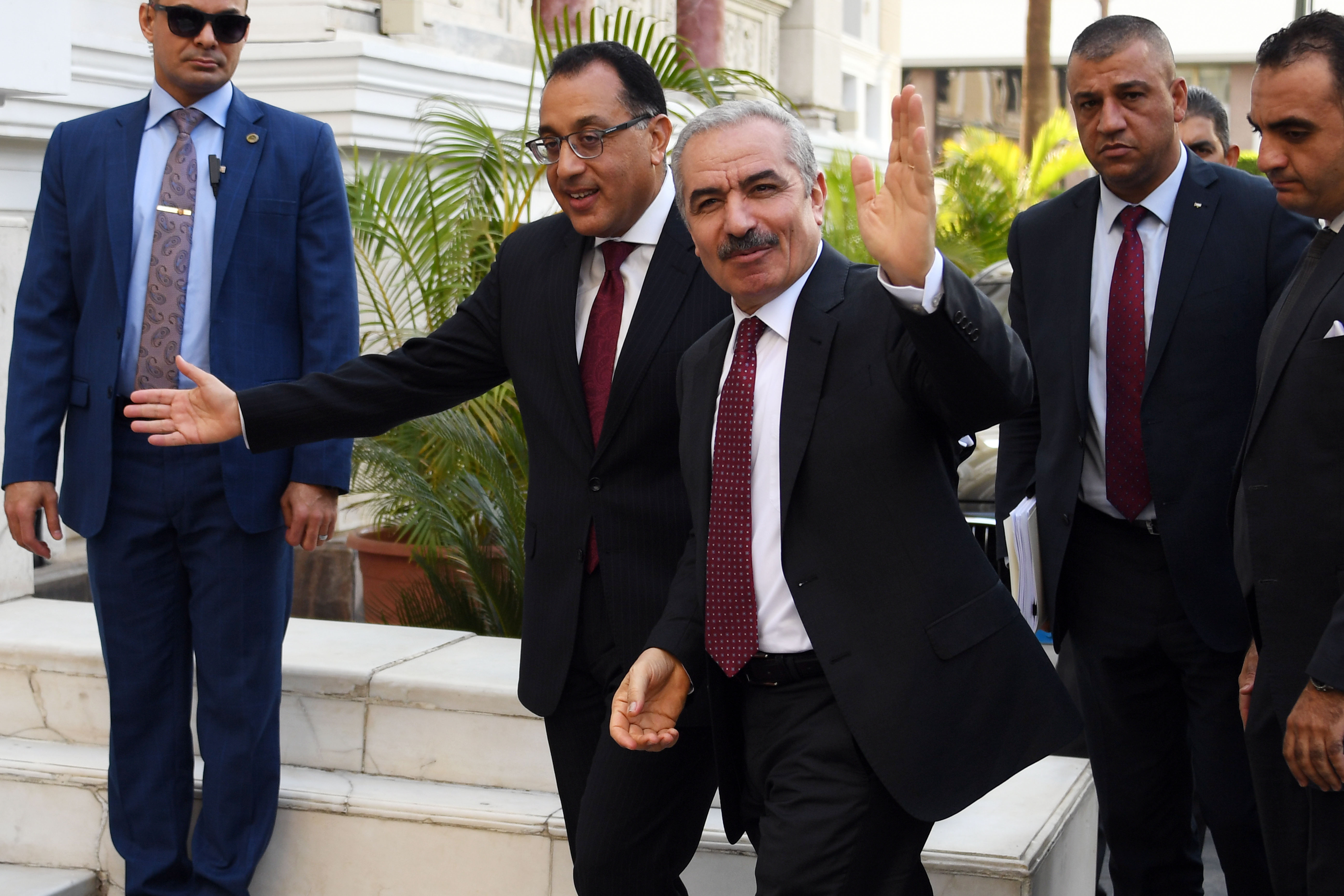 PM Shtayyeh: Visit to Egypt successful at all levels

Prime Minister Mohammad Shtayyeh described the ministerial delegation’s visit to Egypt which he chaired as ‘successful at all levels’.

“We have found all the support from the Egyptian side,” Shtayyeh said after a meeting with his Egyptian counterpart Mustafa Madbouly.

Shtayyeh and Madbouly co-chaired joint talks in the presence of ministers from both countries.

“There were fruitful meetings, and we felt the spirit of cooperation on issues related to alleviating the suffering of our people in the Gaza Strip mainly as well as issues related to trade with Egypt,” he said.

Shtayyeh added that Egypt has a lot to offer to the Palestinian people, noting that the government wants to benefit from the Egyptian experience in many areas, especially trade, agriculture, investment, and the personal experience of the Egyptian prime minister in new cities and popular housing.

“This visit opened doors for cooperation in education, health, agriculture and trade, “he said, referring to his government’s strategy of economic disengagement from Israel.

Shtayyeh added that Egypt is exerting great efforts to achieve Palestinian national reconciliation, adding that “we are going to general elections in which we restore national unity and end this chapter of bitter division.”

Madbouly stressed that Egypt will always support the Palestinian cause and the rights of the Palestinian people until they achieve their freedom and establish their independent state with Jerusalem as its capital.