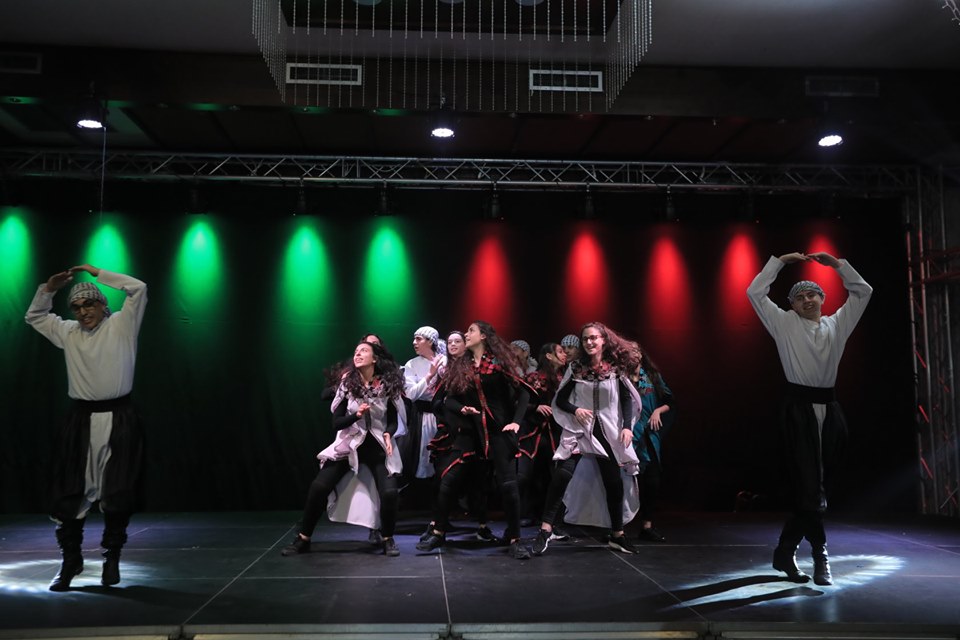 My talent is free: Gaza youth unleash their talents during the Gaza Summer Festival

The European Union and Sharek Youth Forum celebrated yesterday three winning young talents from Gaza after participating in the Gaza Summer Festival in 2019, according to a press release.

The festival, organized in Gaza city, is the crowning event of a talent competition launched during August. The festival was popular on social media under the hashtag #MyTalentisFree. At the end of the festival, Mohammed Shinbari, talented in the art of balancing objects, was the first winner of the first season of the Gaza Summer Festival.

Over 700 people gathered at the Shalehat Resort in Gaza as they waited for the voting results announcing the winner of the competition Gazan Summer. The Gaza-specific competition amassed 600 video applications since it was first launched on social media platforms. Sixty applicants had the chance to perform their talents in front of the judging panel for two consecutive days. Eleven acts, two of which by women, were selected to participate at the festival.

The competition and festival were both implemented by Sharek Youth Forum and the Future Development Cooperation, with support from the European Union. This support aligns with the EU’s belief in the resilience and talent found among young people in Gaza and around the globe, said the press release. In Gaza specifically, young people have been dealing with the aftermath of successive aggressions on the Strip and a complete closure since 2007.

European Union Acting Representative Tomas Niklasson joined the Gaza Summer Festival in Gaza and said during his opening speech that “In the past 12 years, the youth in Gaza might have lost a lot, but it did not lose strength, hope or talent. On this big day, we are supporting the young generation in Gaza to remain positive about a better future. We believe that talents are free, and today was a living proof of Gaza talents being as free as any talent in the world. We remain committed to finding a political solution that guarantees unity across Palestinian territories and access to human rights in Gaza.”

The coordinator of the festival, Mohammad Abu Rjeleh from Sharek Youth Forum, said that the Palestinian Telecommunications Company Jawwal conducted the official voting mechanism and that more than 10,000 people cast their votes to choose a winner from the 11 talents presented at the festival. He added that “this festival started as a small idea with little potential, but now it’s allowing young people to believe in hope again, and to make sure the world is watching.”

The Gaza Summer Festival aimed to allow emerging young talents from the age of 15 to 35 in the fields of performing arts, visual arts, creative writing and artistic direction. The top three winners were: Mohammed Shinbari, talented in the art of balancing objects, Al Fursan DabkehTroupe, and Nuha Ammar for her talented singing. The EU will promote the winning talents by publishing videos showing their talents on relevant platforms worldwide.