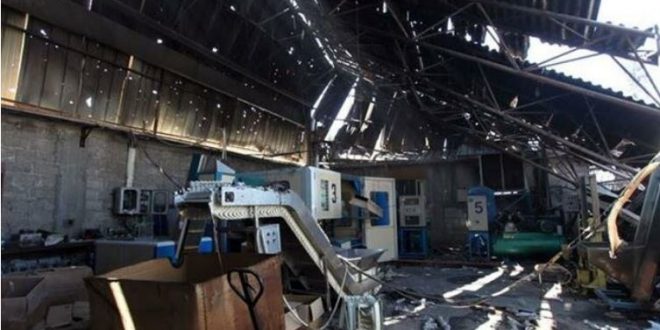 A Palestinian legislator says 100 percent of factories in the blockaded Gaza Strip has been completely or partially affected by the 14-year-long siege imposed by the Israeli regime on the enclave and successive assaults against the sliver.

The head of the Popular Committee against the Siege on Gaza (PCAS), made the remarks, saying the occupying regime is deliberately targeting the Palestinian economy, especially the industrial sector and that Tel Aviv is still imposing restrictions on the entry of industrial materials into the besieged territory under the pretext of dual use.

Khudari, who is originally an academic and businessman, also pointed out that these measures have exacerbated the suffering of factory owners, workers and technicians.

According to the Palestinian legislator, the direct and indirect losses inflicted on Gaza, including on such sectors as industry, commerce, agriculture and business, are estimated to be at $70 million every month.

Khudari also affirmed that 3,500 factories had already shut down in the sliver, whose poverty rate has reached 85 percent and its unemployment rate exceeded 60 percent.

He stressed that removing the blockade is the only solution to end the suffering of Gazans, calling on the international community to exert more effort to pressure Tel Aviv to lift its crippling siege.

The Gaza Strip has been under an Israeli blockade since June 2007. It has caused a decline in the standard of living as well as unprecedented levels of unemployment and unrelenting poverty.

The economic situation across Palestinian lands worsened after the US earlier this year cut all its financial aid for Palestinians in the occupied West Bank and Gaza.

The cuts in the humanitarian aid were soon hitting hundreds of thousands of the most vulnerable people, especially in Gaza, where 80 percent are dependent on aid.

Palestinians have held weekly rallies along the Gaza fence to protest the siege on the enclave and demand the right for the refugees, who were forced to leave during the 1948 creation of Israel, to return to their homes.