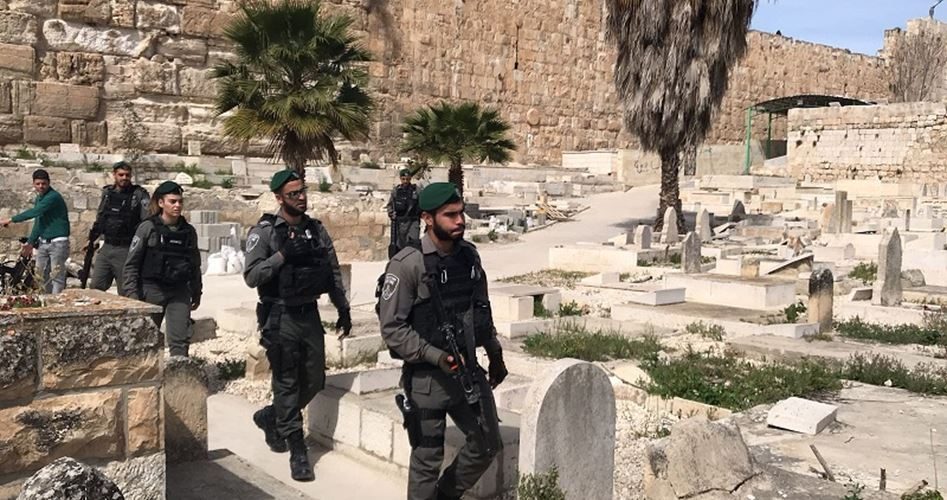 Witnesses confirmed that police barged their way into the prayer area, seized wooden separators and threatened people in the area not to film the process or else they’d be arrested.

Palestinian Muslim worshipers protested the closure, and eventually opened Bab al-Rahma, which was shuttered by Israeli since 2003, and used it as a prayer area.

Messianic Jewish settlers are hoping to establish an increased presence on the site of the Al-Aqsa mosque, among the most important Muslim shrines in the world and potent symbols of Palestinian nationalism, and calling for building a third temple on what they term the “Temple Mount”.

Their far-right beliefs were once considered a small fringe movement, but in recent years, they have found favor in the administration of Israeli Prime Minister Benjamin Netanyahu, receiving the endorsement of many lawmakers.

Settlers incursions into the mosque compound coupled with the takeover of church property in Jerusalem are perceived as part of the plan to transform a multi-religious and multi-cultural city into a “reunified” Jewish city under the exclusive control and sovereignty of Israel.

Bab ar-Rahma, as well as the rest of the holy Muslim compound, is subject to constant Israeli violations and invasions.