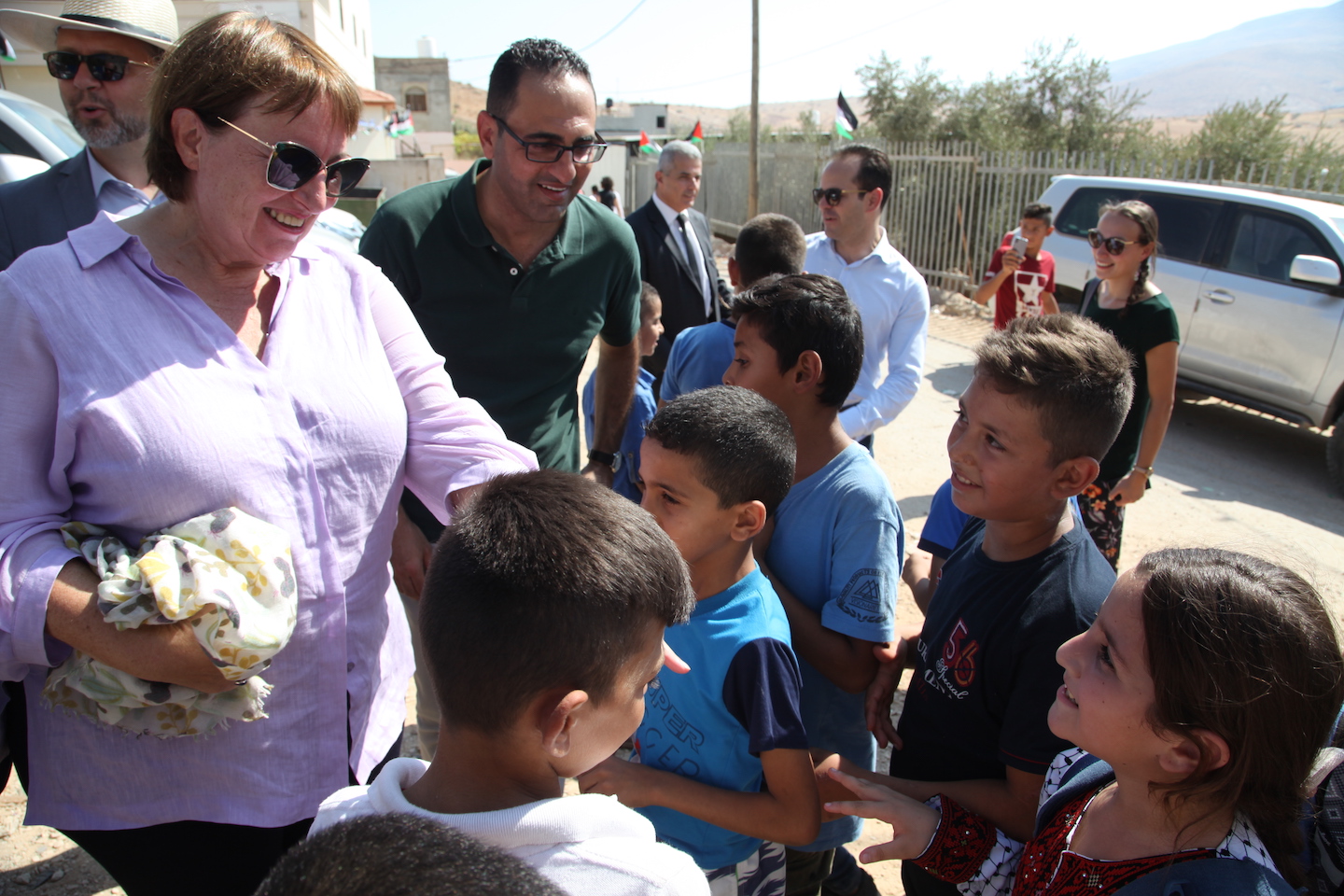 EU Special Representative for the Middle East Peace Process, Susanna Terstal, reiterated the European Union’s commitment to the vision of an independent and sovereign state of Palestine living side by side with Israel in peace and security, stressing the need to achieve lasting peace through negotiations between the two parties based on the two-state solution on the basis of the 4 June 1967 borders.

This came during a press conference held today at Ein Shibli secondary school, east of the occupied West Bank district of Nablus, at the end of a tour that included the heads of the EU missions in Jerusalem and Ramallah to the Jordan Valley.

Commenting on Israeli Prime Minister Benjamin Netanyahu’s statements regarding his intentions to annex the Jordan Valley and parts of the West Bank, Terstal said,” the position of the European Union is known; settlements are illegal, and we want the occupation to end, and for Palestinians to live in dignity in all the Palestinian territories in the West Bank and the Gaza Strip and to decide their own fate.”

“Everything is available here, but the situation on the ground, as we have seen, is just the opposite,” she stressed.