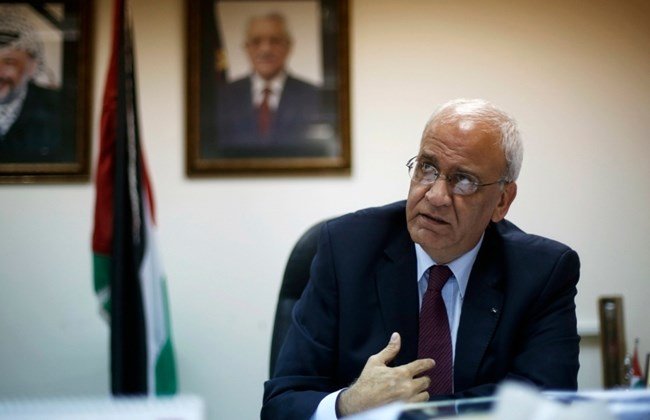 Secretary General of the Executive Committee of the Palestine Liberation Organization (PLO), Saeb Erekat, called on the United Nations to support the efforts of President Mahmoud Abbas to hold general elections in the occupied Palestinian state, including the West Bank, East Jerusalem, and the Gaza Strip.

This came during a meeting held in his office in Ramallah with Rosemary DiCarlo, Under-Secretary-General for Political Affairs of the United Nations, and Nickolay Mladenov, Special Coordinator for Middle East Peace Process.

Erekat stressed the importance of global stand against Israeli prime minister Benjamin Netanyahu’s intentions to annex and impose Israeli sovereignty over parts of the occupied Palestinian territories, including the Jordan Valley, stressing the PLO’s adherence to ending the occupation in accordance with the principle of the two-state solution on the borders of June 4, 1967.