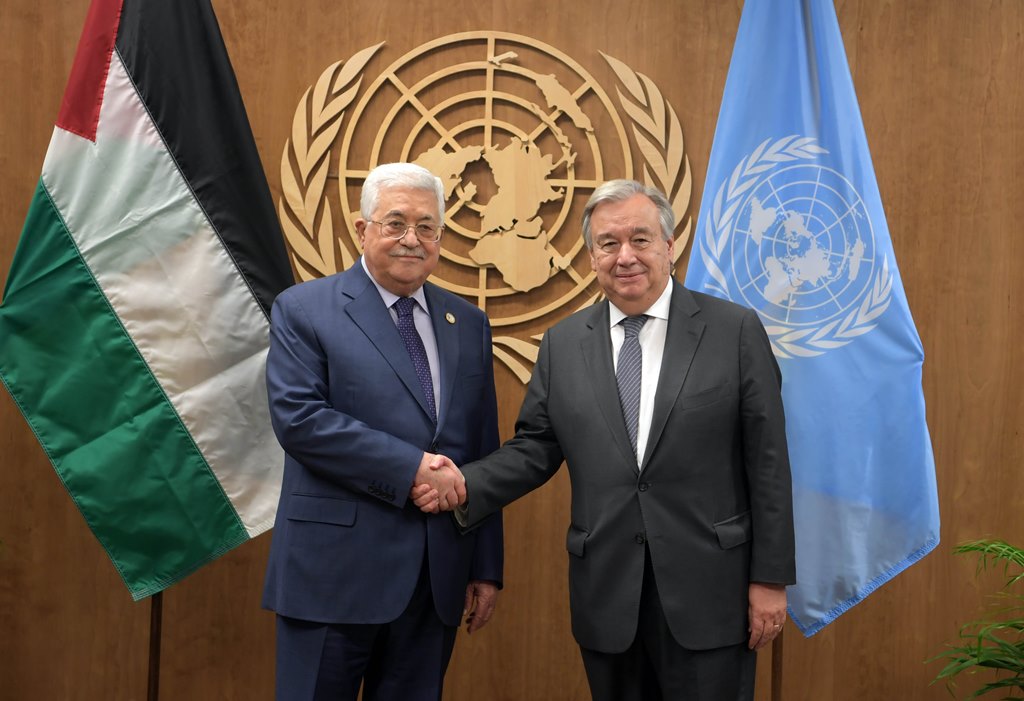 President Mahmoud Abbas held separate meeting in New York with the United Nations and the European Union chiefs on the sidelines of the 74th session of the UN General Assembly.

The President met with Federica Mogherini, the High Representative of the Union for Foreign Affairs and Security Policy and Vice-President of the European Commission, and briefed her on the latest developments on the Palestinian situation under the Israeli occupation and its measures against them, including Israeli Prime Minister Benjamin Netanyahu’s announcement to annex the occupied Jordan Valley and the northern Dead Sea and Israel’s withholding of the Palestinian clearance tax revenues.

Abbas also had a meeting with António Guterres, the UN Secretary-General, where he updated the latter on the developments on the Palestinian ground, and the punitive measures carried out by the Israeli occupation against the Palestinians.

The President is expected to raise all these issues when he addresses the UN later today. 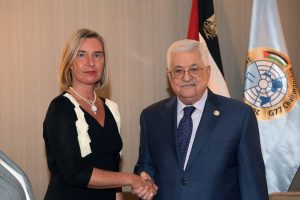