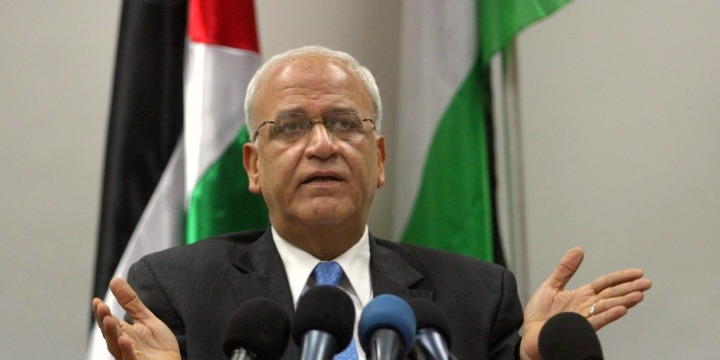 Secretary-General of the Palestine Liberation Organization (PLO), Saeb Rekat, called today upon the United Nations Secretary-General Antonio Guterres to accelerate the ongoing investigation into suspicions of corruption in the UN Relief and Works Agency for Palestine Refugees in the Near East (UNRWA).

In the meantime, Erekat sent identical letters to the foreign ministers of the Netherlands, Belgium and Switzerland in which he expressed his regret of these countries’ decisions to halt aid to the UNRWA based on unconfirmed reports of corruption in the UN agency.

He called for not politicizing humanitarian assistance to the UNRWA, which he said would drag the region into further tension and instability. “Half a million Palestinian children who depend on your regular contributions cannot suspend their classes until the results of the investigation,” Erekat said in the letters.

“While you have announced your suspension of assistance to the UNRWA because of the leaked reports, you have not yet announced any accountability measures regarding the continued and systematic Israeli violations of UN resolutions and international law, and you still allow Israeli settlement goods to enter your markets,” Erekat added.

“We expect that you and all peace-loving states to take concrete measures of accountability to promote the realization of the long-awaited inalienable rights of the people of Palestine, particularly the right to self-determination.”

Earlier this month, the United Nations said it has started an investigation into reports leaked to the UN Ethics Committee suggesting long-term corruption at the UNRWA.

Several rights groups, including the Euro-Mediterranean Human Rights, warned of the serious repercussions for reducing international support for the UNRWA, which relies on voluntary donations budget, and warned that the decision threatens to end the Agency’s services.