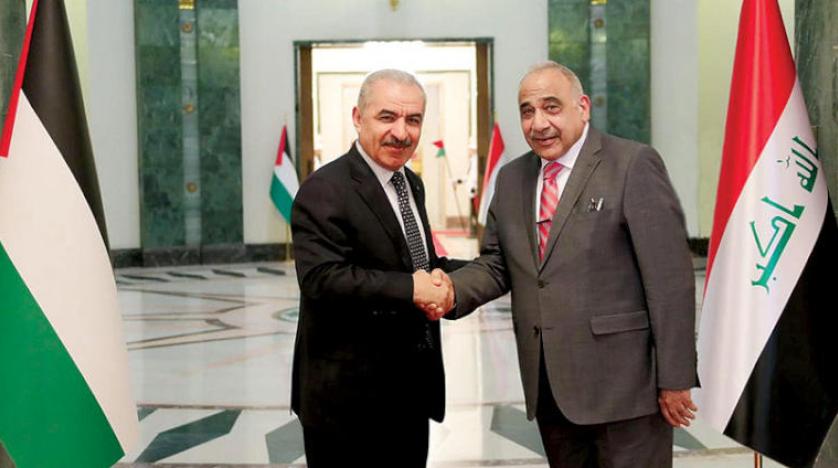 Shtayyeh says Palestinians in Iraq will be given equal rights

Prime Minister Mohammed Shtayyeh said today that one of the most important results of his recent visit, along with a delegation of cabinet ministers and businessmen, to Iraq was a pledge by Iraqi leaders to grant Palestinian refugees in Iraq equal rights to Iraqi citizens and to improve their conditions.

Speaking at the start of the weekly cabinet meeting in Ramallah, Shtayyeh said the two sides agreed to establish joint companies between the private and public sectors of the two countries.

“The meetings between the two sides were very fruitful, and the most important result was that the Palestinians in Iraq, about 7,000 refugee, will receive treatment as Iraqis and will get their full rights,” he said.

Shtayyeh added that the Iraqi leaders have asserted that their country will fulfill all of its financial obligations to the Palestinian Authority, as it has pledged at the Arab League.

He pointed out that the bilateral meetings between their two countries dealt with several issues, most notably import and export, investment, agriculture, energy, opening Palestinian banks in Iraq, and the import of petroleum.

He pointed out that this visit comes in accordance with the directives of President Mahmoud Abbas and the government’s intentions to break away from dependence on Israel.

He thanked Iraqi President Saleh Barham, Iraqi Prime Minister Adel Abdul Mahdi, and Parliament Speaker Mohammed Halabousi for their warm welcome. “Palestine lives in the heart of every Iraqi. We have seen in Iraq people, brothers and sisters, dear to Palestine,” he said.

On the death of Nassar Taqatqa in Israeli detention while undergoing interrogation, the Prime Minister held Israel fully responsible for his death and called on international and legal authorities to act immediately to investigate Israeli crimes against the Palestinian people under its occupation and to hold it accountable for its acts.