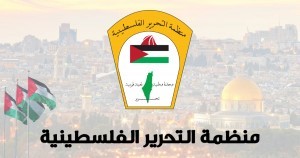 The Palestinians are planning to hold a “popular uprising” later this month to protest against US President Donald Trump’s controversial “deal of the century”.

The protests are scheduled to take place on June 25-26 in conjunction with the US-led conference in Bahrain – where the first part of Trump’s so-called “peace plan” which is spearheaded by his son-in-law Jared Kushner, will be unveiled.

The call for the “popular uprising” was made by representatives of the Palestine Liberation Organization (PLO) factions, Palestinian civil society organizations and independent Palestinian figures on Sunday after a meeting in the occupied West Bank city of el-Bireh.

Wasel Abu Yusef, a member of the PLO Executive Committee, said the Palestinians need to engage in “struggling action to foil the ‘deal of the century’ and its economic aspect, and voice their rejection of all American policies.”

Abu Yusef noted that Sunday’s meeting was the first in a series of gatherings to arrange “popular activities to confront American-Israeli schemes aimed at eliminating the rights of the Palestinian people.”

He urged Arab nations to boycott the Bahrain conference “because the rights of the Palestinian people can’t be traded for money.”

Late last month, the PLO affirmed its final opposition to the conference and called on the international community to boycott the workshop.

Another senior PLO official, Tayseer Khaled, stressed the need to “change the rules of engagement with the policies of the US administration” and the Israeli regime.

He cited “the big changes in the policy of the US administration and its unprecedented and unlimited support for Israel’s hostile settlement policy and absolute denial of the national rights of the Palestinian people.”