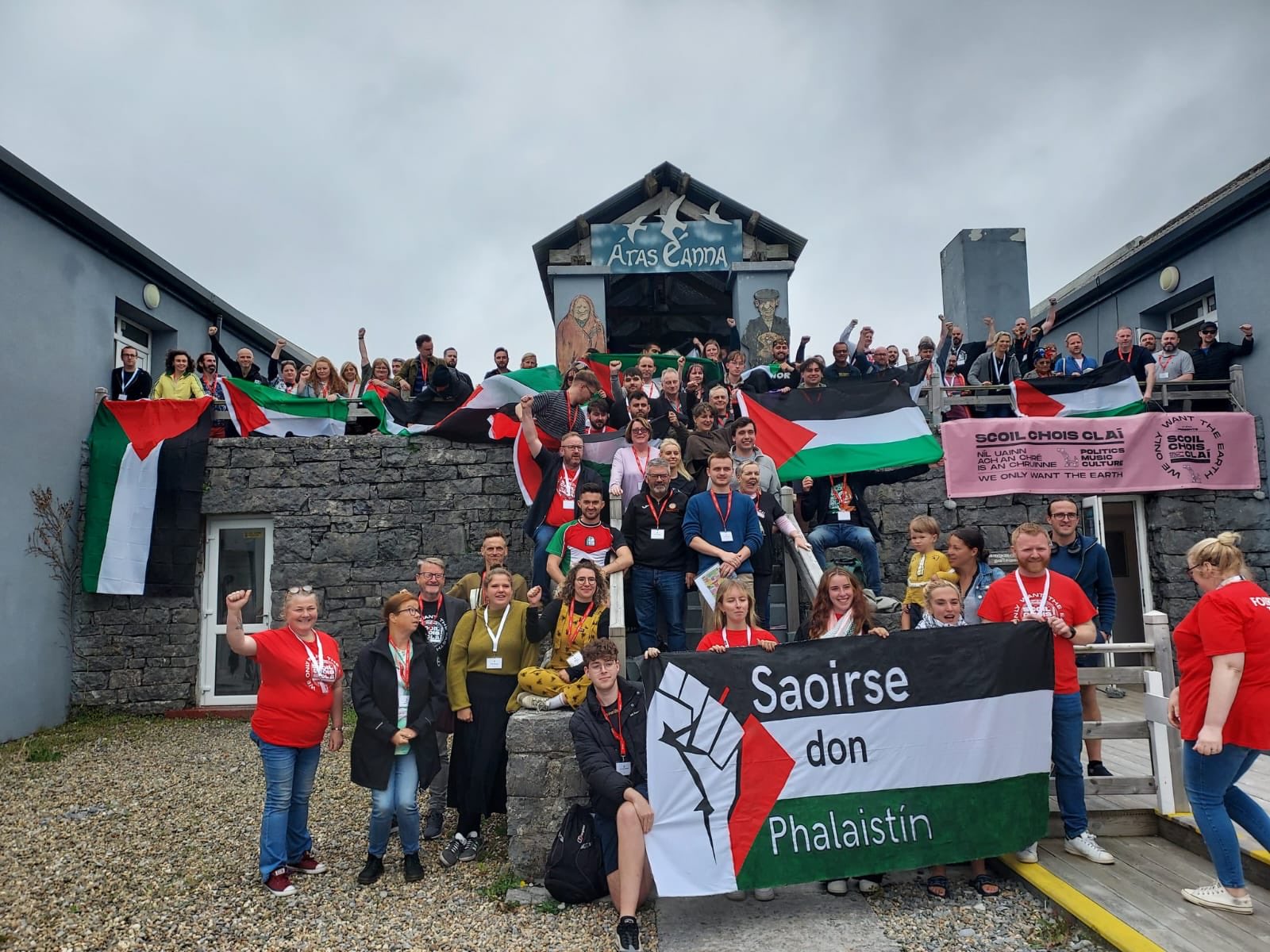 Thousands of activists around the world participated yesterday in the #BoycottPUMA Global Day of Action against the sportwear company’s sponsorship of the Israeli Football Association and the resulting complicity in the Israeli apartheid regime in occupied Palestine.

In the United Kingodm, members and supporters of the Palestine Solidarity Campaign (PSC) held vigils across the country informing those shopping why they should not buy goods from Puma because of its complicity in supporting Israeli apartheid as part of the ongoing international campaign #BoycottPuma.

A rally was also held in the Irish island of Inis Oirr in solidarity with the Palestinian people and in support the global day of action against Puma. The participants waved flags of Palestine and banners calling on the company to end its complicity in Israeli apartheid.

In France, activists rallied in the cities of Lyon and Provence for the #BoycottPUMA Global Day of Action demanding the sportswear company to ends its complicity in Israeli apartheid and the oppression of millions of Palestinians.

In Malaysia, more than 30 futsal teams joined the “Free Palestine” tournament  in the capital Kuala Lumpur marking the #BoycottPUMA Global Day of Action, demanding the company to end its complicity in Israeli apartheid oppressing millions of Palestinians.

In Germany, dozens of activists rallied at Hackescher Markt in Berlin heeding the call to #BoycottPuma over its sponsorship of the Israeli oppression of Palestinians.

The Boycott, Divestment, and Sanctions (BDS) movement has urged supporters from around the world to join thousands of people on a global day of action on September 10 calling on PUMA to end its support for Israeli apartheid.

“PUMA’s greenwashing is dangerous. It does a disservice to authentic grassroots efforts for climate justice for all and allows Israel’s human rights abuses against Palestinians to continue,” the movement said in a statement.

“Groups around the world will join the #BoycottPUMA Global Day of Action. Join them online to let PUMA know that you stand with the growing number of people and movements around the world that recognize Palestine as a climate justice issue.”