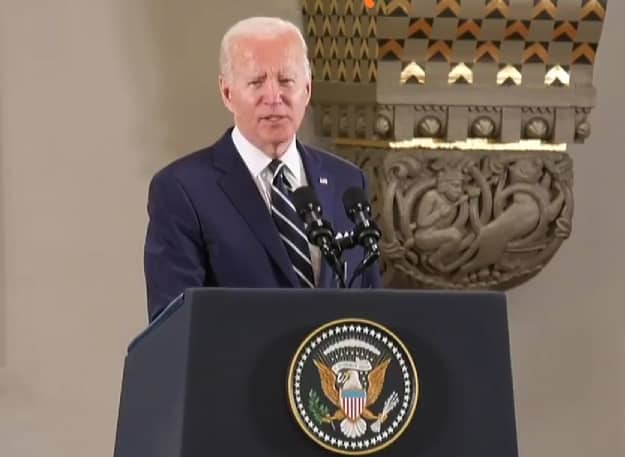 US President Joe Biden today announced a commitment of $100 million to Palestinian hospitals in the occupied city of East Jerusalem.

Speaking during a visit to Augusta Victoria Hospital, on the Mount of Olives in occupied East Jerusalem, US President Biden announced the provision of $100 million aid package to fund the Jerusalem Hospital Network as part of the U.S. commitment to support the health and dignity of the Palestinian people.

In his speech, he commended the outstanding work done by the hospital, especially with regards to cancer treatment and praised nurses and other healthcare workers for providing care and hope to the sick.

He announced that the USAID has committed $85 million to the Jerusalem Hospital Network since 2014 and welcomed the $25 million contribution from UAE.

He stressed that the U.S. will continue to work with the Palestinian leadership and other stakeholders to “ensure that East Jerusalem’s hospital network remains sustainable and available, and is able to provide high-quality care the Palestinian people deserve.”

During his speech, the hospital CEO, Fadi Atrash thanked President Biden for his “gesture” and for “bringing hope to the East part of the city, a key component of long and just peace”.

He added that Biden’s visit to Augusta Victoria, which he described as historical, is “a courageous statement of support for the Palestinian people.”

President Biden then travelled to Bethlehem to meet with President Mahmoud Abbas.