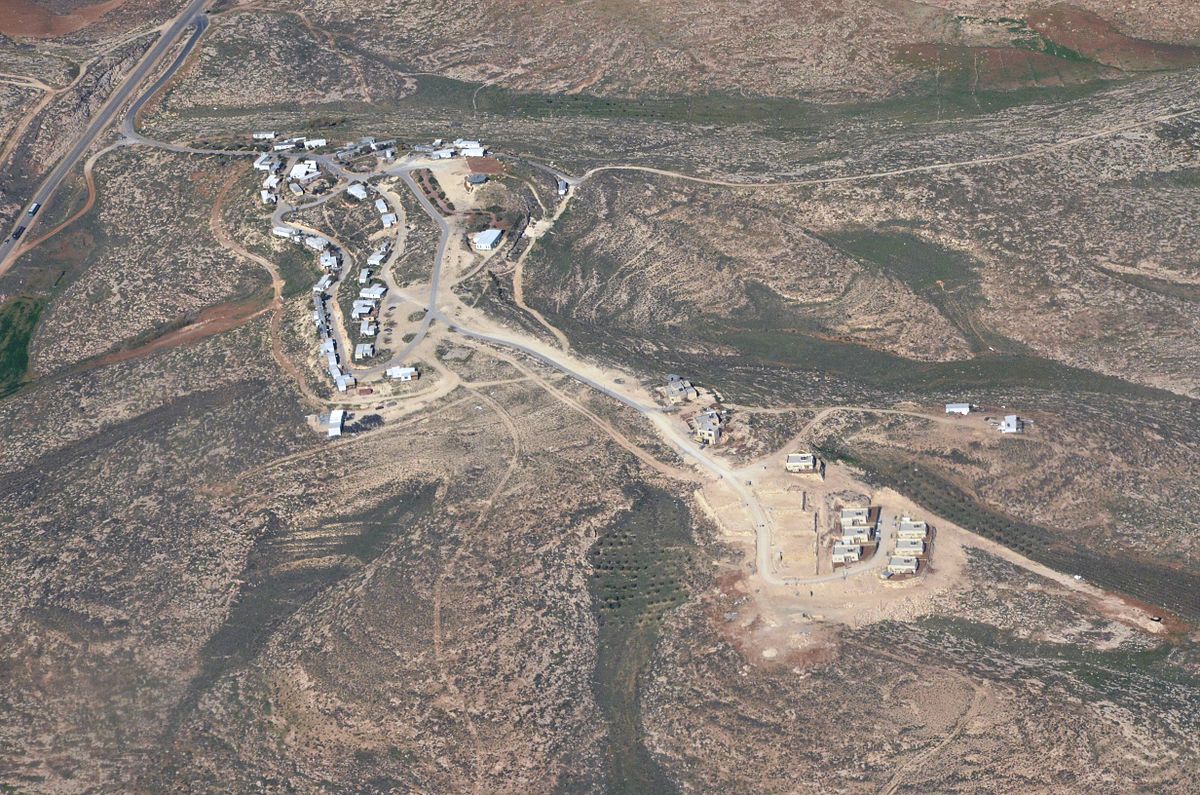 Official: Israel legalizes a settlement outpost east of Ramallah, adds more than 100 housing units to it

The Israeli occupation authorities have legalized the Mitzpe Dani settlement outpost built east of Ramallah and approved a plan to add 114 new housing units to it on an area of 150 dunums, today said the head of the Settlement and Wall Resistance Commission, Muayyad Shaaban.

He said that the occupation authorities had previously avoided legalizing this settlement outpost or considering it an extension or neighborhood of an existing settlement, but today they have approved a blueprint for this outpost thus legalizing it, which means a large area of Palestinian land, specifically in the village of Deir Dibwan, will be seized to expand the outpost and build a new settlement.

Shaaban indicated that the occupation authorities, through their approval of recent settlement plans, whether by building new settlements, expanding existing ones, or legalizing outposts, aim at establishing large settlement blocs on Palestinian lands, specifically in the eastern region of the West Bank close to the Jordan Valley.

Mitzpe Dani settlement outpost was built in 1999 during the first term of Prime Minister Benjamin Netanyahu’s government. After it was built illegally, hundreds of dunums of land were declared closed areas, banning their owners from reaching them. As a matter of fact, there are dozens of agricultural outposts that were established with the aim of displacing the Bedouin communities in these areas and seizing thousands of dunums of land that the occupying governments could not confiscate by military orders, while increasing the number of settlers in the Ma’ale Mikhmas, Rimonim, Kochav Hashahar and Kochav Yaakov bloc to 60,000 settlers, which are located to the north and the north-east of Jerusalem and the closest to it.

Shaaban warned against the settlers’ intention to establish a number of new outposts, specifically in the next few days, as was previously announced by the extremist Nahla organization, and called for vigilance in the areas where these gangs are active in order to confront the settlers and thwart their scheme.