BREAKING NEWS
Home News President Abbas: Peaceful popular resistance “one of the most important weapons that oppressed people can use” 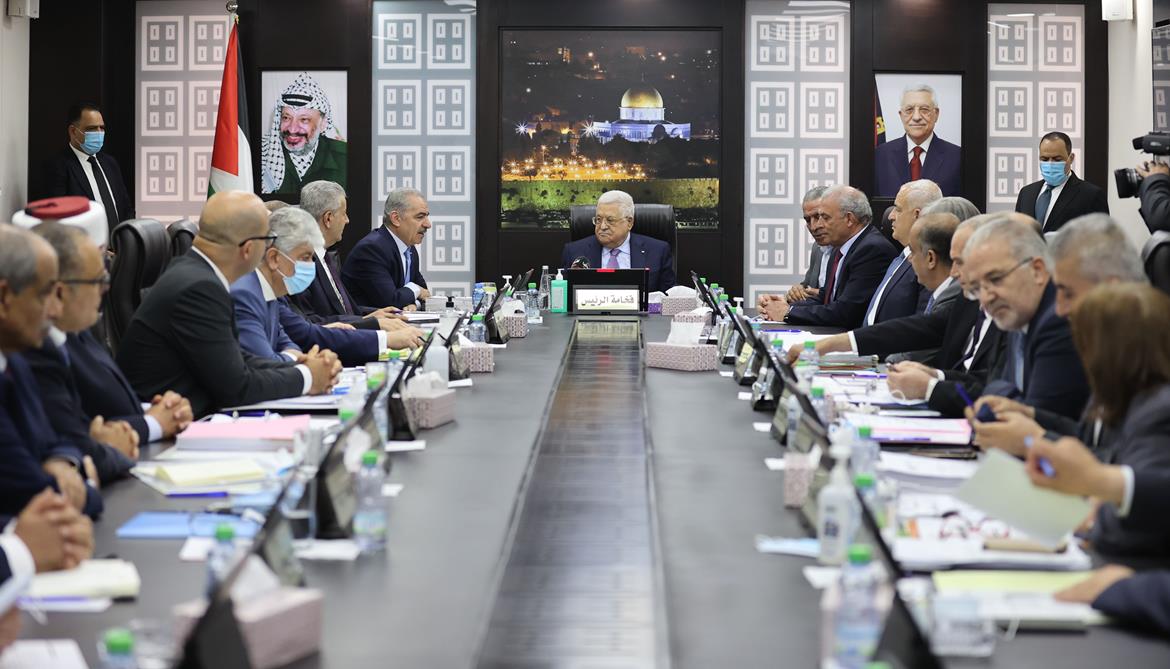 President Abbas: Peaceful popular resistance “one of the most important weapons that oppressed people can use”

Mahmoud Abbas, the President of the State of Palestine, said that peaceful popular resistance is one of the most important tools that oppressed people have, and that Palestinians must keep doing it.

Monday, the President led a cabinet meeting in the occupied West Bank city of Ramallah. He said, “If we can do the work alone, and we can, we will succeed. If we depend on others, we will never succeed, so I say I am with the popular resistance with full force.”
“For years, we’ve been put under a lot of pressure, but we’ve been patient and strong. Our steadfastness in the face of European conditions is an example of our strength in the face of pressures around the world, since European pressure comes from both Europe and the U.S.,” said the President.
The President said that a number of Central Council decisions had been made and given to the members of the Executive and Central Committees for a vote. It was decided to put those decisions off until the visit of US Vice President Joe Biden.
The President asked the cabinet to develop industry and improve the work of industrial cities. He said that industry is the foundation on which “we can stand on our own feet,” so we need factories and agricultural projects to help people and create more jobs. He also said that he follows all of the Investment Fund’s projects, which are expected to be finished by the end of this year.
He said, “I have always asked school students, police, and security guards to plant the mountains because these agricultural projects are important and we need them just as much as we need industrial projects.”
The President also said, “I talked to the Prime Minister about letting cars into the country. There are now cars everywhere in the country. The country shouldn’t become a parking lot, and this problem needs to be fixed.”