BREAKING NEWS
Home News PM Shtayyeh to members of US Congress: Remove PLO from the terrorist list and consider it partner in peace 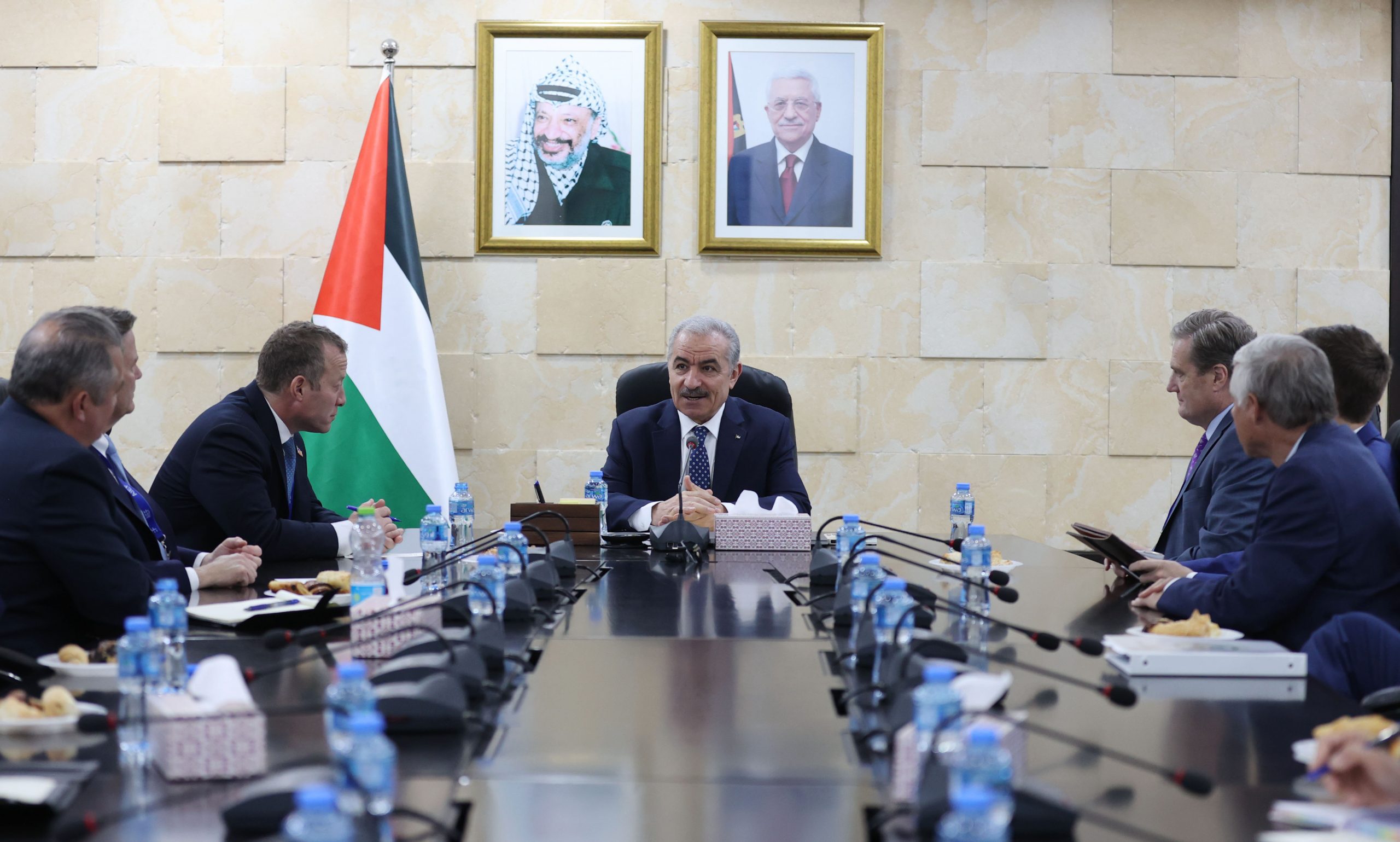 PM Shtayyeh to members of US Congress: Remove PLO from the terrorist list and consider it partner in peace

Prime Minister Mohammad Shtayyeh today told visiting members of the US Congress that it is important to remove the Palestine Liberation Organization (PLO) from the US terrorism list and consider it a partner in peace.

Shtayyeh, who received the US lawmakers in his Ramallah office, briefed them on the latest political developments in Palestine and discussed with them strengthening direct bilateral cooperation between their two countries.

He called for recognizing the State of Palestine on the 1967 borders to preserve the two-state solution and the reopening of the US Consulate in Jerusalem and the PLO office in Washington.

Shtayyeh said the US should apply pressure on Israel to stop all unilateral measures, whether they were seizure of land for settlement expansion, demolition of homes, and daily incursions into Palestinian areas and Al-Aqsa Mosque, and to compel it to implement and respect the agreements signed with it.

“We live under direct military occupation, and Israel controls all aspects of life. This occupation must end,” he said, adding, “International law is indivisible and it is unfair to apply it everywhere in the world and not be applied when it comes to Palestine and the Israeli occupation.”