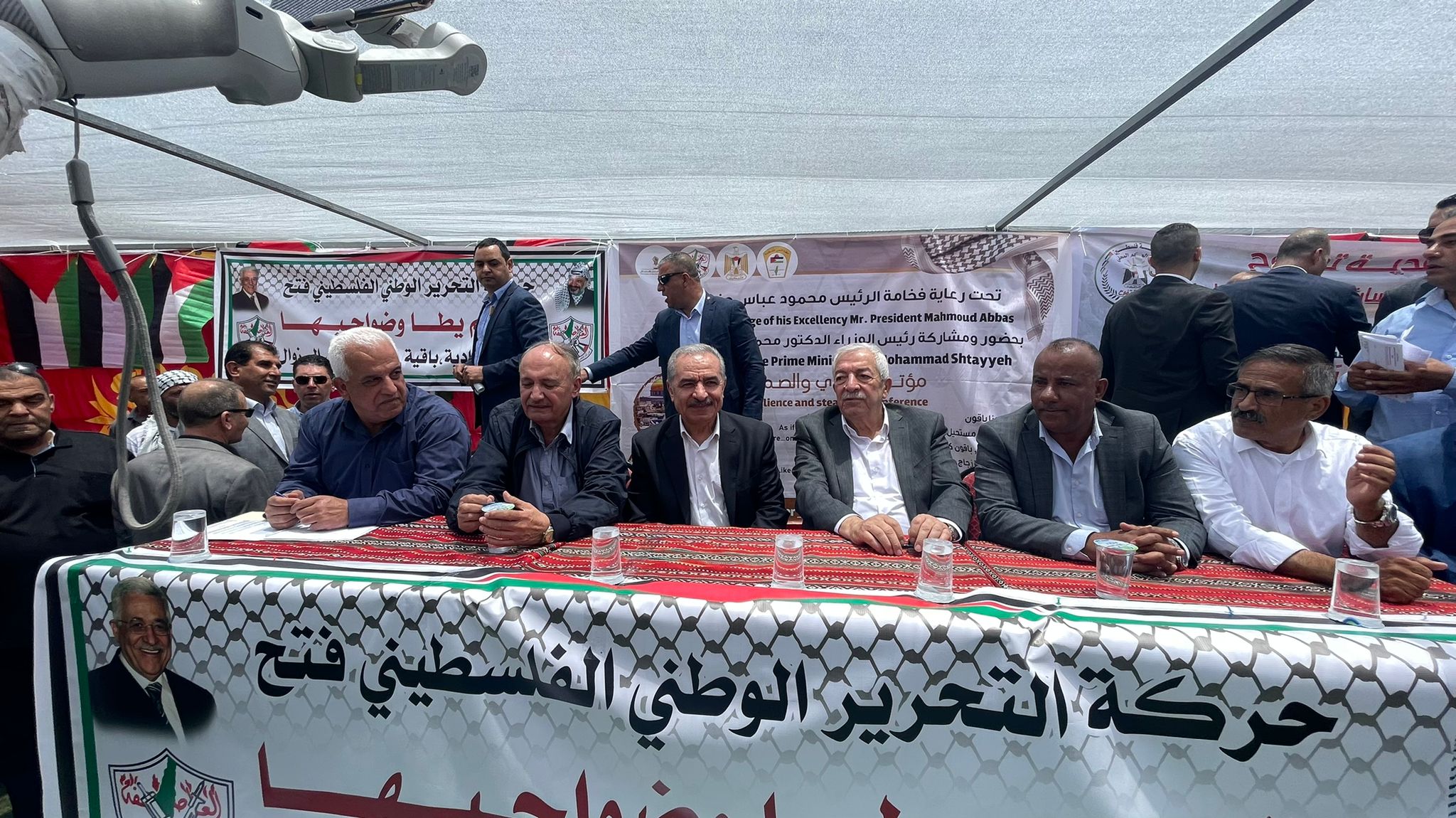 Prime Minister Mohammed Shtayyeh announced today a number of projects and plans aimed at enhancing the resilience of Palestinian residents in Masafer Yatta in the southern West Bank district of Hebron.

The projects, which cover the fields of health, education, telecommunication, and labor, are also meant to enable the residents of Masafer Yatta to confront the Israeli occupation and settlements, Shtayyeh said during the “Resilience and Challenge” conference, which was held today under the auspices of President Mahmoud Abbas, in Khirbet Al-Majaz of Masafer Yatta.

Shtayyeh affirmed that there is no peace or stability in the region without the realization of the rights of the Palestinian people, and an end to the occupation’s policy of settlement and displacement practiced against the Masafer Yatta and other Palestinian lands, stressing the support of the Palestinian leadership and government for the steadfastness of the citizens in light of the attack launched by the occupation government, including its continued oppression, killings, displacements, and settlement construction.

In the vocational training sector, the Yatta Vocational Center will be expanded at a cost of 1.4 million shekels, Shtayyeh said.

Israel is planning to destroy at least 12 hamlets in Masafer Yatta and displace more than 1000 of their Palestinian residents after the Israeli High Court gave the army the go-ahead with the demolition earlier this month.