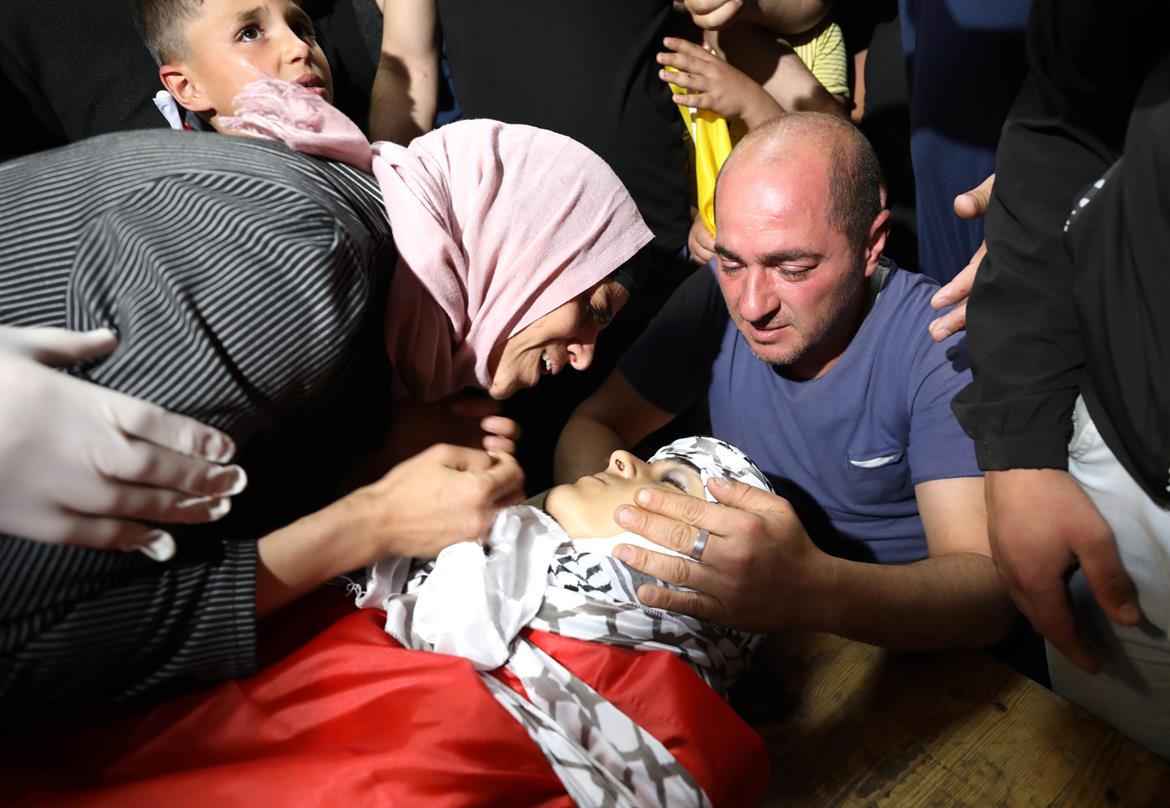 Prime Minister Mohammad Shtayyeh and the Ministry of Foreign Affairs and Expatriates condemned in two separate statements Israel’s killing this morning of yet another Palestinian child, stressing that Israel is continuing in its murder of Palestinian children.

Ghaith Yamen, 16, was shot and killed this morning by Israeli army gunfire during an Israeli army raid of the northern West Bank city of Nablus to secure a break-in of settlers into neighborhoods of that city.

“Just as Thaer, Mohammad, and other children whose lives and dreams have come to an end by the Israeli bullets, today, (Ghaith Yamen) was killed by a bullet in the head, leaving behind bereavement and the pain of loss in the hearts of his relatives, friends, and loved ones,” said the Prime Minister making reference to other Palestinian children recently killed by Israeli army gunfire in the occupied territories.

Shtayyeh called on the international community to put an end to double standards and “provide protection to our children and people from the daily crimes of the (Israeli) occupiers.”

The Foreign Ministry also said the killing of Yamen this morning after breaking into the city of Nablus “is a continuation of a long chain of field executions carried out by the occupation soldiers and officers at orders from the political and military echelons in the occupation state.”

It held the Israeli government “fully and directly responsible for the crimes of its forces and settlers and their repercussions on the conflict in general, particularly the risks they pose to the chance of achieving peace based on international references, the two-state solution, and the land for peace formula.”

It stressed that just because the killings are done on a daily basis, it does not mean that the international community can look at them as normal and familiar and therefore acts that there is no need to take a stand against them.

“Our people are not only a prey of the arrogance of the occupation and its racist colonial mentality but also a direct victim of the double international standards, indifference and lack of international will to implement hundreds of resolutions adopted by the United Nations and its various bodies related to the Palestinian cause,” the ministry concluded its statement.