BREAKING NEWS
Home Reports Al-Haq: The shelling of the Khudair warehouse in Gaza is tantamount to chemical warfare by indirect means 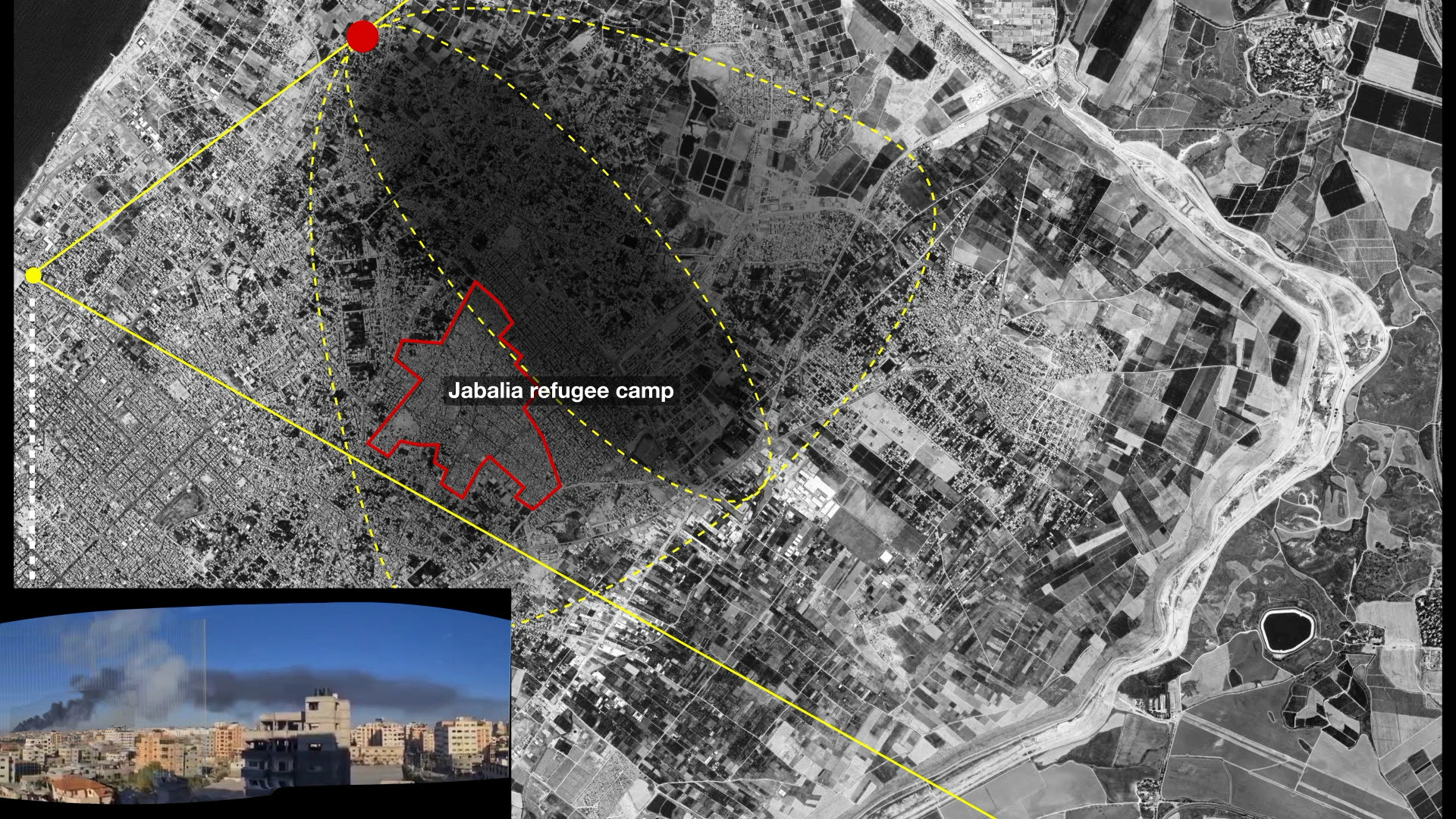 Al-Haq: The shelling of the Khudair warehouse in Gaza is tantamount to chemical warfare by indirect means

A press release by the Ramallah-based Al-Haq and FAI said that on 15 May 2021, incendiary artillery shells fired by the IOF set fire to hundreds of tons of toxic pesticides, fertilizers, chemicals and other farming materials—initiating a toxic plume that enveloped large parts of northern Gaza.

Building a 3D model of the warehouse, the FAI Unit worked together with members of the Khudair family, residents of the area and international experts to establish the circumstances of the fire, and determine the effects of the release of toxic chemicals.

“Our findings reveal that the IOF illegally employed highly flammable munitions in a targeted attack on the warehouse, whose location and contents are known to Israel, setting on fire over 50 tons of hazardous chemicals stored on the site,” said Al-Haq.

The investigation reveals that the shelling of the Khudair Warehouse was the first in an apparent series of collective punishment attacks by the IOF, deliberately targeting civilian economic infrastructure and the industrial sector.

“IOF had knowledge of the presence of toxic chemicals stored in the facility, as it strictly controls the import of farming materials into the besieged strip, rendering the shelling of the Khudair agrochemical warehouse tantamount to the indirect deploying of chemical weapons—acts that are clearly prohibited under international law,” it said.

On the evening of 15 May 2021—the 73rd anniversary of Al-Nakba and during the latest military attack on Gaza—IOF shelled the Khudair Pharmaceuticals and Agricultural Tools warehouse. Located in Beit Lahiya, the Khudair warehouse stores roughly 50% of all vital agricultural chemicals used by farmers and companies in the besieged and occupied Gaza Strip.

Working closely with Forensic Architecture, the Al-Haq FAI Unit conducted interviews and analyzed dozens of videos, including CCTV and drone footage, locating this data within a 3D model of the warehouse to determine the circumstances of the attack.

“We identified the munition used as the M150 Smoke HC 155mm ammunition developed by the Israeli weapons manufacturer, Elbit Systems. An ‘advanced smoke projectile’, the M150 is a new type of shell that splinters into 5 canisters, all of which emit high-density smoke. Munitions expert Chris Cobb-Smith explained that there could be ‘no military justification’ to fire ‘inherently inaccurate’ and highly flammable munitions into a densely inhabited area. We, therefore, conclude this was likely done with the intent to set fire to the warehouse,” said Al-Haq.

The warehouse contained over 40 different types of chemicals, fertilizers and pesticides, plastic and nylon sheets, plastic pipes, and farming equipment. In total, the fire affected over 50 tons of hazardous chemicals stored on the site.

Within the first hour, a toxic plume rose from the site and blew southeast towards Beit Lahiya and Jabaliya refugee camp. The visible plume of toxins spread over an area of approximately 5.7 square kilometers. An estimated 3,000 homes were placed in the shadow of the toxic plume, and the fire continued for six hours.

Areas of Beit Lahiya hundreds of meters away from the warehouse had sulfur dioxide and phosphorus pentoxide concentration levels exceeding Acute Exposure Guideline Level-2 (AEGL-2), which according to government guidelines indicates ‘that the general population, including susceptible individuals, could experience irreversible or other serious, long-lasting adverse health effects or an impaired ability to escape’.

Fluid dynamics expert, Salvador Navarro-Martinez, stated that with the burning of “several chemical substances at the same time, as with the fire at this warehouse, toxic emissions have the potential to amplify each other’s impacts.”

Residents interviewed in the area reported skin irritation and toxic smells for months after the fire. Two residents living nearby reported experiencing miscarriages shortly after the shelling.

This strike on the Khudair warehouse was the first in an apparent series of punishing attacks by the Israeli occupation forces, deliberately targeting civilian economic infrastructure and the industrial sector. Within days, over half a dozen other factories and warehouses, located in the industrial zone east of Gaza’s Shajaiyyeh neighborhood, were also systematically bombed.

Based on the above findings, Al-Haq’s legal experts conclude that, while chemical weapons were not directly used in this attack, “the Israeli occupation forces’ shelling of the Khudair agrochemical warehouse, with knowledge of the presence of toxic chemicals stored therein, is tantamount to chemical weapons through indirect means.”