BREAKING NEWS
Home News Abu Rudeineh: Sovereignty over Jerusalem and its holy sites belongs to the State of Palestine 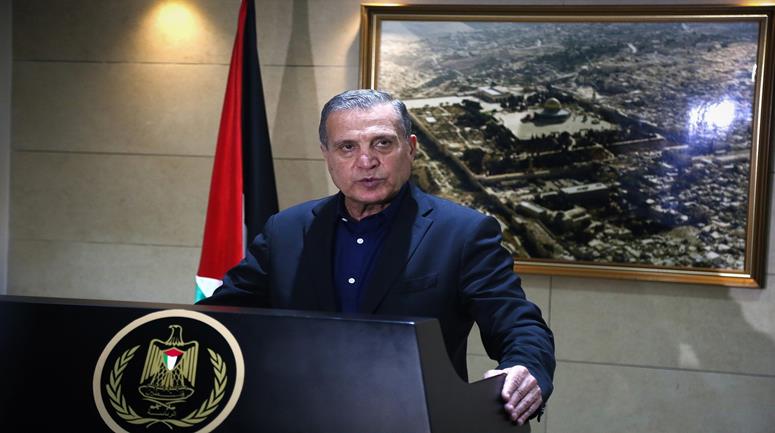 Abu Rudeineh: Sovereignty over Jerusalem and its holy sites belongs to the State of Palestine

Nabil Abu Rudeineh, spokesperson for President Mahmoud Abbas, said today that “the League of Nations Resolution of 1930 states that the ownership of the Al-Aqsa Mosque, the Al-Buraq Wall and the adjacent plaza belong to Muslims alone.”

Abu Rudeineh’s statements came in response to remarks by Israeli Prime Minister Naftali Bennett in which he said that all decisions related to the Al-Aqsa Mosque and Jerusalem are solely taken by the Israeli government irrespective of any external considerations.

“East Jerusalem, with its Islamic and Christian holy sites, is the eternal capital of the State of Palestine in accordance with international legitimacy resolutions, the latest of which was Resolution No. 2334, which affirmed that East Jerusalem is an integral part of the occupied Palestinian territories, and that all forms of settlement are illegal,” said Abu Rudeineh.

He added that “any Israeli attempts to legitimize its occupation of the lands of the State of Palestine, including East Jerusalem, are unsuccessful attempts aimed at covering up the Palestinian achievements that were made thanks to the steadfastness of our people and their adherence to their Islamic and Christian sanctities.”

The presidential spokesman pointed out that “the only way to achieve security, peace and stability in our region and the world as well is the recognition of the rights of our Palestinian people and the international legitimacy resolutions that stipulate the end of the occupation and the establishment of an independent Palestinian state, with East Jerusalem as its capital, on the 1967 borders.”

Abu Rudeineh  also commented on Bennett’s statements that |Israel respects all religions,” saying: “These statements are misleading and incorrect, as evidenced by the continuous incursions into the Al-Aqsa Mosque and the restrictions on worshipers in the Church of the Holy Sepulcher during the recent holidays.”