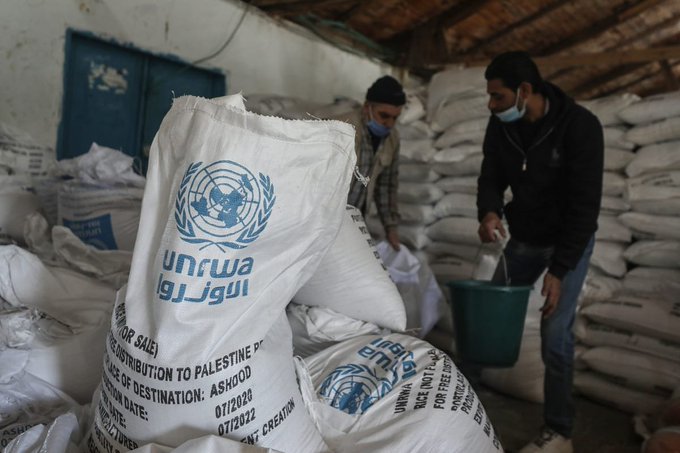 The Commissioner-General of the United Nations Relief and Works Agency for Palestine Refugees (UNRWA), Philippe Lazzarini, today warned that the financial implosion the Agency has been facing over the last 10 years could lead to an interruption or end of services provided to five million Palestine refugees in Palestine, Jordan, Syria and Lebanon.

“Every year though, and especially in the last decade, you heard that UNRWA gets cash-strapped and near to implosion and then almost miraculously survives. Every year, I and my predecessors call on donors to help avoid a disruption of services, to the point where it has become almost customary that a Commissioner-General must beg for help if we want the services to continue,” Lazzarini said in a message to Palestine refugees.

“Whilst I will unreservedly continue to do everything possible to raise the funds to sustain all services and your rights, I must admit that I find it mind-boggling to have to do this every year, while the positive impact of the Agency’s work on the lives of millions needs no validation. Standing on the edge of a cliff is distressing for everyone: primarily the refugees, but also the UNRWA staff and the hosts,” he said, explaining that the annual shortfalls to the core program budget have regularly neared $100 million over the last years.

“The painful reality is that in the last ten years, and despite immense outreach and fundraising efforts, the resources available to UNRWA have stagnated, while the needs of Palestine refugees and cost of operations keep increasing.

“The now chronic underfunding of UNRWA is the result of a combination of shifting geopolitical priorities, new regional dynamics and the emergence of new humanitarian crises compounded by donor fatigue for one of the world’s longest unresolved conflicts. All these have led to a clear de-prioritization of the Palestinian issue, including most recently among some donors from the Arab region.

“In addition, UNRWA has also increasingly been exposed to domestic politics in some of its traditional donor countries. Coordinated campaigns by organizations that aim to delegitimize and defund the Agency and erode the rights of Palestine refugees have increased in frequency and aggressivity,” said the UNRWA Commission-General.

He stressed that UNRWA has so far succeeded to manage this chronic underfunding through continuous cost-control and austerity measures, to the point of exhausting them. “This is not sustainable,” he explained.

“One can continue to hope that the financial implosion of the Agency will not happen. Or, we can admit that the current situation is untenable and will inevitably result in the erosion of the quality of the UNRWA services or, worse, to their interruption. I am convinced that doing nothing will do more harm than good.

“In line with universal human rights, you have the right to receive basic services such as health, education and social protection through a social safety net. You also have the right to decent housing, to your narrative and collective memory and to your individual records, as there has been no solution offered yet to you and, regretfully, none seem to loom on the horizon,” said Lazzarini.