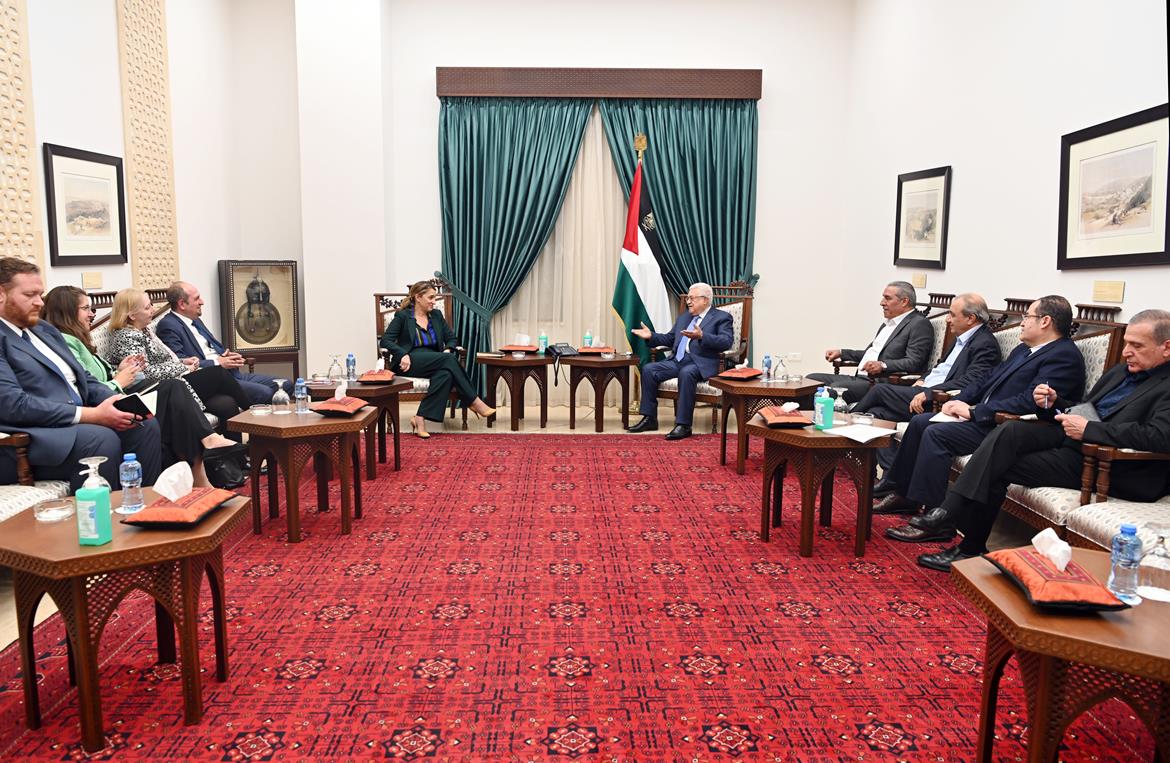 President Mahmoud Abbas called last night on the United States administration to immediately intervene and urgently assume its responsibilities in the face of the Israeli measures in the occupied Palestinian territories, especially in the Al-Aqsa Mosque and the Church of the Holy Sepulcher in occupied Jerusalem.

The President’s call was made during a meeting with the Acting US Assistant Secretary of State for Near Eastern Affairs, Yael Lambert, and Hadi Amr, the US Deputy Assistant Secretary for Israeli and Palestinian Affairs. The meeting was held at the presidential headquarters in Ramallah.

During the meeting, the President stressed the need for an immediate cessation of Israeli attacks and for full respect for the legal and historical status quo in Jerusalem and the Al-Aqsa Mosque compound, holding the Israeli occupation government fully responsible for the deterioration of the situation.

The President pointed out that “in the face of the lack of a political horizon and Israel’s failure to stop unilateral actions and abide by the signed agreements, the Palestinian leadership will soon have to implement the decisions of the PLO Central Council.”

President Abbas also pointed to the importance of creating a political horizon that would lead to an end of the Israeli occupation of the land of the State of Palestine with East Jerusalem as its capital, calling for the reopening of the US Consulate in Jerusalem, as the current US administration has pledged.

The meeting was attended by Member of the PLO Executive Committee Hussein Al-Sheikh, the head of the General Intelligence Service, Major General Majid Faraj, the official spokesman for President Abbas, Nabil Abu Rudeineh, and the diplomatic advisor to the President, Majdi Al-Khalidi.