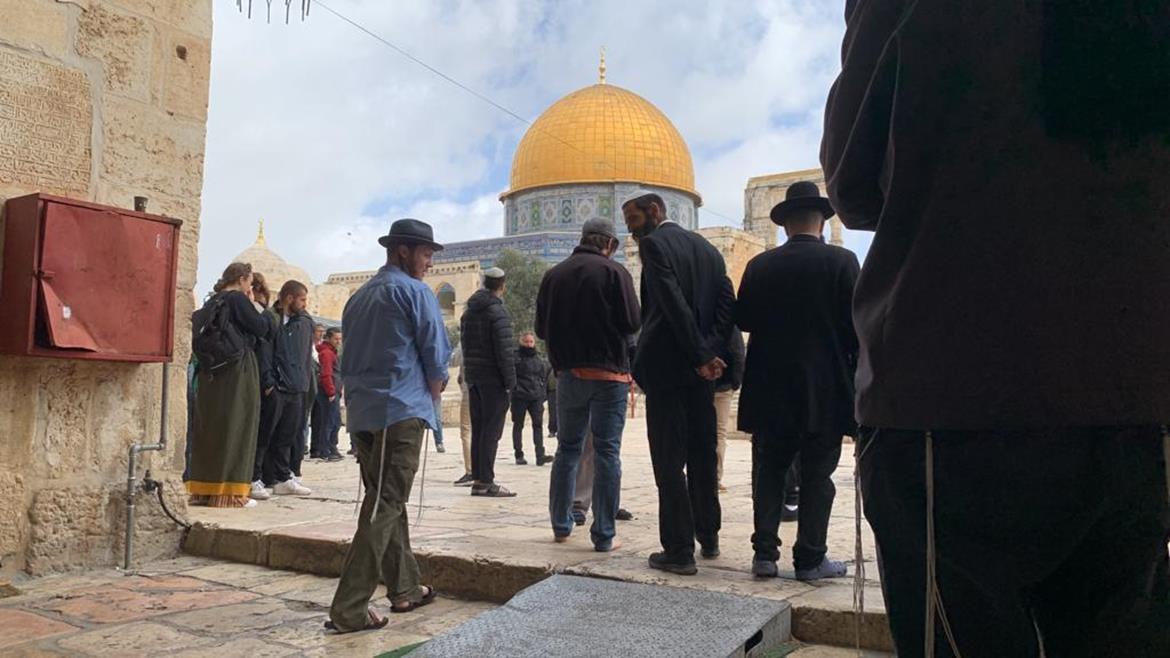 The official spokesman for the Palestinian presidency, Nabil Abu Rudeineh, today said that threats by extremist Israeli to storm Al-Aqsa Mosque in Jerusalem’s Old City to slaughter sacrifices for the Jewish Passover holiday under the protection of the occupation police, along with the threat to deploy more Israeli occupation forces in the Palestinian territories, will lead to a dangerous and uncontrollable escalation.

He said that the daily cold-blooded killings of Palestinians, the detentions, military incursions into Palestinian cities, villages and camps, and the Israeli government instructions to the occupation forces for unrestrained open fire policy at Palestinians, in addition to the continued violation of the sanctity of the holy places, are the main reason for the escalation and tension in the region, which will lead to a cycle of violence.

Abu Rudeineh pointed out that what the Israeli occupation government is doing on the ground proves that it is not interested in the success of all regional and international efforts to prevent escalation and remove the causes of tension so that the holy month of Ramadan is devoted to worship and prayer.

The continuation of Israel’s racist policies against Palestinian prisoners and seizing their allowances, along with the absence of a political horizon, demand urgent international intervention, especially from the US administration, to prevent the situation from deteriorating and reaching a difficult stage that will lead to further escalation and violence in the region for which everyone will pay a price.

Abu Rudeineh said that the only solution to these successive crises is to achieve a just peace based on United Nations resolutions and not through a policy of collective punishment, settlements, killing, and desecration of Islamic and Christian sanctities, which will not bring security and stability to anyone.