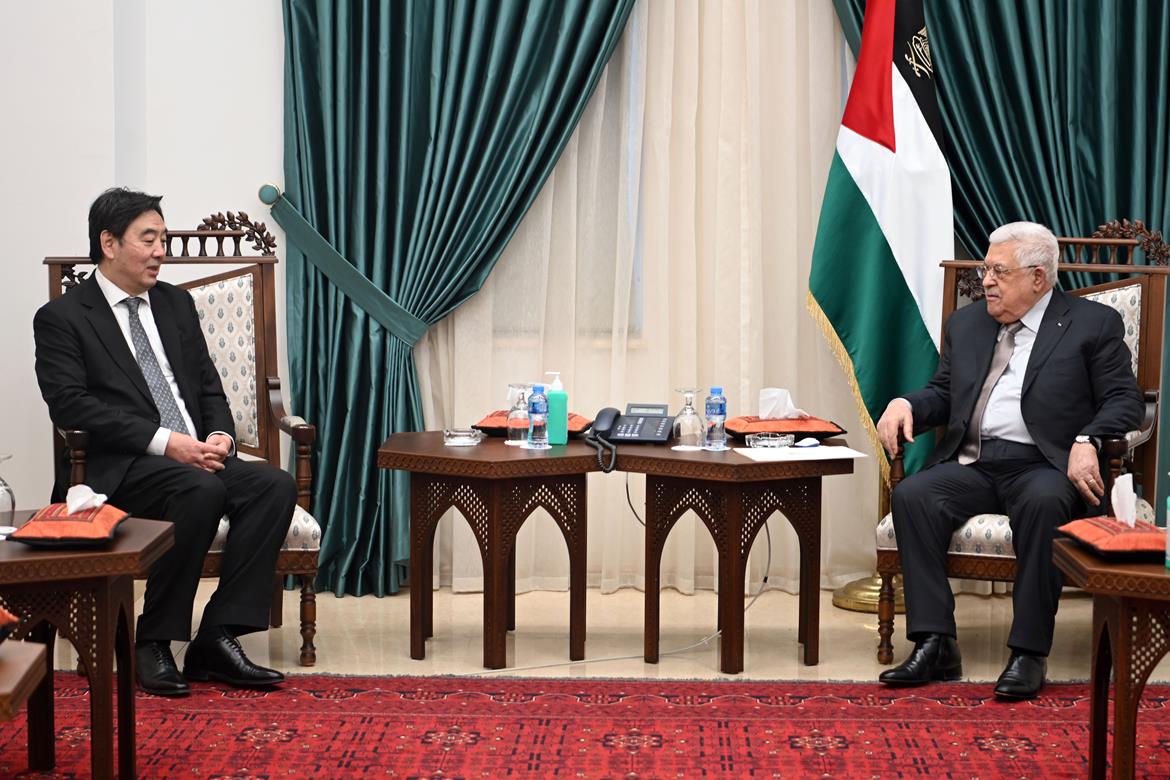 President Mahmoud Abbas received this evening at the presidential headquarters in Ramallah the Special Envoy of the Chinese Government on the Middle East, Zhai Jun, and his accompanying delegation.

President Abbas briefed his Chinese guest on the latest developments in the Palestinian territories and the efforts of the Palestinian leadership to end the Israeli occupation and establish the State of Palestine with East Jerusalem as its capital on the 1967 borders.

The President said that Israel’s continued disregard to the implementation of its obligations according to the signed agreements and its unilateral actions will end all chances of achieving a just and comprehensive peace based on international legitimacy resolutions and that the Palestinian decisions approved by the Palestinian Central Council in its last session will be put into force.

The President asked the Chinese delegation to convey his greetings to President Xi Jinping, stressing the historical relations between the two friendly countries and the importance of strengthening them, praising the firm positions and support for the Palestinian rights in all international forums, and expressing his great appreciation for the cooperation and huge economic support that China provides for building the institutions of the State of Palestine.

He praised the great and important role China plays in achieving peace and stability in the region and the world, as well as the important initiatives initiated by President Xi Jinping to achieve a just peace and realize the freedom and independence of the Palestinian people.